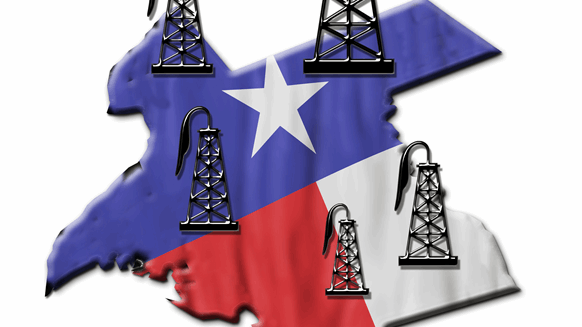 New technology applications are breaking records in the Austin Chalk.

Somewhere down the line, someone coined the phrase, “Big oilfields only get bigger.” Now an adage, the observation was made when large oilfields had reached peak production, only to reveal later they had much more to give when new technology was applied.

The Austin Chalk formation, which sits right on top of the Eagle Ford formation, was a hot play in the mid-1900s, mid-1970s and 1990s. However, it was all but forgotten during the shale boom when the Eagle Ford formation took front and center. With the majority of shale plays still on the shelf, the Austin Chalk is back on the radar and stronger than ever, proving a prominent contender in the ever-growing oilfield category.

“Discussing the Austin Chalk again is very much a surprise to us,” said William R. Thomas, chairman and CEO of EOG Resources, Inc., during a recent energy conference.

EOG is one of the largest operators in both the Eagle Ford and Austin Chalk plays.

“We, probably like the rest of the industry, had kind of written off the Austin Chalk,” Thomas said. “But we have discovered a new geologic concept in an existing play in the Eagle Ford. Our team has cracked the code on how to make our particular footprint in the Austin Chalk – a top-tier horizontal play, earning returns on par with the Eagle Ford, Permian and Bakken plays.”

Two of EOG’s wells, the Leonard AC Unit 101H and the Denali Unit 101H, produced an average of 2,175 and 3,130 barrels of oil equivalent per day over 30-day and 20-day periods, respectively. Its Kilimanjaro 101H well produced 675,000 barrels of oil and 1.2 billion cubic feet of gas in just nine months. The wells are located in the Giddings Field – the largest field in the Austin Chalk – in southeast Texas.

Noting that other operators have wells in the Austin Chalk that have produced 300,000 to 400,000 barrels of oil in their first years, David W. Trice, EOG executive vice president of Exploration & Production, called the discoveries “substantial.” “Based on the data we have, we think they are repeatable,” he said in a statement to stakeholders last year.

The Austin Chalk, which extends from Mexico across south and east Texas and into Louisiana, is sourced by the Eagle Ford formation. It was discovered in the 1920s and began significantly producing in the 1950s with vertical wells. Much of the formation is naturally fractured, and vertical wells that happened to tap into those fractures had good shows, explained Duane Wagner, a technical advisor of geology at EnerVest, to Rigzone. However, this was predominantly a hit-or-miss operation.

Having begun his career in the Chalk, Wagner has watched the Giddings Field ebb and flow over the decades as new technology has come onto the scene.

“That was an eye-opener,” Wagner said.

Operators were quick to grab available 2-D seismic data to identify the natural fractures in the formation and began hydraulically fracturing them. Many wells produced several hundred thousand barrels over their lifetimes.

Horizontal drilling was introduced in the Austin Chalk in 1988 and accelerated in the early 1990s, making it much easier for operators to tap into the naturally fractured reservoir.