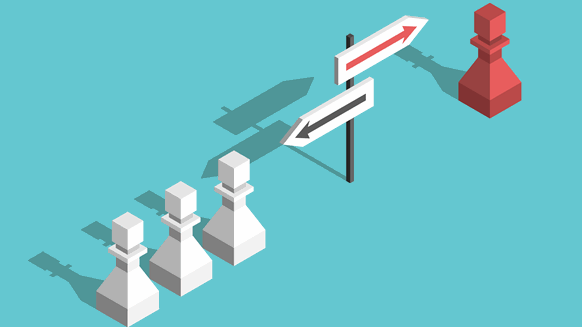 TechnipFMC's board has unanimously approved a plan to separate the firm into two independent, publicly traded companies.

Citing the need to focus on distinctive markets and growth opportunities, TechnipFMC reported Monday that its board has unanimously approved a plan to separate the firm into two independent, publicly traded companies.

The oil and gas services company – the product of a 2017 merger between Technip S.A. and FMC Technologies, Inc. – plans to divide into “RemainCo” and “SpinCo.” It expects to structure the transaction as a spin-off of the firm’s Onshore/Offshore segment.

According to TechnipFMC, RemainCo would be an integrated technology and services provider focusing on subsea and surface technologies. SpinCo, meanwhile, would be an engineering and construction (E&C) firm that would encompass TechnipFMC’s current Onshore/Offshore, Loading Systems and Cybernetix units.

“Since the creation of TechnipFMC, we have pioneered the integrated business model for subsea and transformed our clients’ project economics,” Doug Pferdehirt, TechnipFMC’s chairman and CEO, said in a written statement emailed to Rigzone.

Pferdehirt added that the separation follows a “comprehensive review” of strategic options by TechnipFMC’s board and management team. The company stated that each company would have:

TechnipFMC stated that RemainCo, which will have approximately 22,000 employees, will be the largest diversified pure-play company in the industry. Pferdehirt and current TechnipFMC Executive Vice President and Chief Financial Officer Maryann Mannen will retain their roles at RemainCo, which TechnipFMC added will be incorporated in the United Kingdom and headquartered in Houston and listed on the NYSE and Euronext Paris exchange.

Catherine MacGregor, a Schlumberger alum who serves as president of TechnipFMC’s New Ventures unit and joined TechnipFMC last month, will be SpinCo’s CEO. Other executives at the roughly 15,000 spin-off will include CFO Bruno Vibert and Chief Operating Officer Marco Villa, stated TechnipFMC, adding that SpinCo will be one of the world’s largest pure-play E&C firms. Also, the Netherlands-incorporated, Paris-headquartered and Euronext Paris-listed SpinCo reportedly will be well placed to capture projects in the downstream, LNG and alternative energy markets.

TechnipFMC stated that it expects to complete the separation during the first half 2020, subject to regulatory approvals, general market conditions, consultation of employee representatives and final board approval. Following the transaction, all outstanding SpinCo shares will be distributed to existing TechnipFMC shareholders, the firm added.

“We are confident that the separation would allow both businesses to thrive independently within their sectors, enabling each to unlock significant additional value,” said Pferdehirt.

Robert Kinnear  |  August 30, 2019
The incompetencec of those 'inspired' to merge 2 years ago shines through
Johnny  |  August 28, 2019
I'm pretty sure the "names" are just placeholders for real names that will be developed.
Benji George  |  August 28, 2019
The new names sound like straight out of the consultant playbook for a corporate split. It just means RemainCo is what they want to keep and SpinCo is what they want to spin-off. Real names will be different.
Bruce Bradley  |  August 27, 2019
I agree with Jason - I actually started laughing at the names! The world knows FMC and Technip - SpinCo? RemainCo? It's like an elementary school level naming - "we're going to spin this part off and that part will remain"!
Luke Asuk  |  August 27, 2019
Wow! This is where expertise that has been modules up will show the area of specialisation with evidence of corporate grace. This TechnipFMC has finally come to the realisation as to answer the question of either they are operating in grace or passion. Because knowing where you have the grace which we can term as technical expertised will be fully played as the separate entity will be operating in their area of specialisations. In fact this will enhance the flow of creative inspiration. I can see it that some of us in the labour market that are eyeing working with TechnipFMC all these while will now have to know where to channel our applications to because you will have to know where you will have a comparative advantage to channel your effort. Kudos to TechnipFMC.
Jason  |  August 27, 2019
That is completely and utterly ridiculous. Why not retain the original names of the separate entries as they will continue to do basically the same things they did before the merger. Horrible names!
RELATED COMPANIES
Company: TechnipFMC plc more info