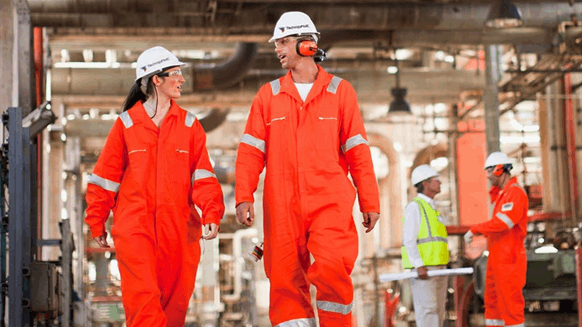 TechnipFMC has been awarded a large subsea EPCI contract by Petrobras for its Búzios 6 field offshore Brazil.

TechnipFMC has been awarded a large subsea engineering, procurement, construction, and installation (EPCI) contract by Petrobras for its Búzios 6 field, a greenfield development in the pre-salt area.

The flexible pipe, umbilicals, and subsea structures, as well as some of the rigid pipe, will be manufactured in Brazil to minimize the carbon footprint associated with transportation and installation. The project will also utilize TechnipFMC’s Brazilian supply chain.

“We are excited to announce this award, which demonstrates the continuing strength of the subsea market in Brazil and our collaborative relationship with Petrobras. We used our deep understanding of the client’s needs to arrive at technological solutions developed specifically for the Búzios 6 field,” Jonathan Landes, President of Subsea at TechnipFMC, said.

The financial part of the deal was not disclosed but TechnipFMC considers a large contract to be between $500 million and $1 billion.

As for the Búzios field, it is located within the Cessão Onerosa region of the pre-salt Santos Basin. The offshore field covers an area of 160 square miles and is situated some 125 miles off the coast of Rio de Janeiro.

Petrobras, the sole owner of the field, started production from the field in April 2018. Petrobras aims to produce 3.058 billion barrels of oil equivalent from the Brazilian field.

The field was developed using four FPSOs. The P-74 is working on Búzios 1, P-75 on Búzios 2, P-76 on Búzios 3, and P-77 on Búzios 4. The fifth and sixth Buzios FPSOs are already under construction. The FPSO Almirante Barroso, which has installed capacity to pump 150,000 barrels per day, will be working on Buzios 5 and is expected to pump first oil during 2022.

The Búzios 6 field will be producing through the FPSO Almirante Tamandare, which is expected to pump first oil in 2024. It will have the largest installed capacity of all the FPSOs on the field with 225,000 barrels per day.

Petrobras already has signed deals in place for the Búzios 7 and 8 FPSOs. The former, designated P-78, will be constructed by Keppel. Delivery is expected in 2024 and first oil in 2025. The latter, designated P-79, will be built by a joint venture formed by Italian oil field services company Saipem and South Korea's Daewoo Shipbuilding and Marine Engineering.

The Brazilian oil major also released a tender for the construction of a ninth Búzios FPSO unit – the P-80. Petrobras is planning to bring the total number of production facilities at Búzios to 12 which could be constructed under an option included in the FPSO P-80 tender.