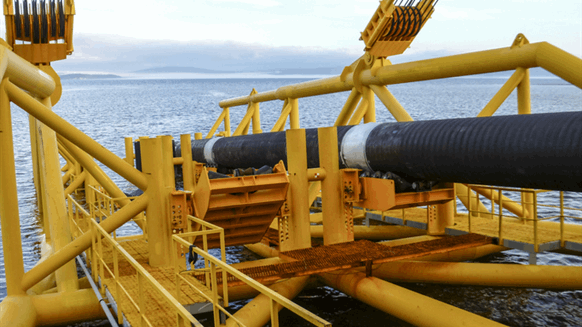 TechnipFMC has announced its intent to sell the G1201 vessel.

TechnipFMC has announced its intent to sell the G1201 vessel “as part of its overall strategy to optimize the profile and size of its subsea fleet”.

The company has signed a memorandum of agreement (MOA) for the sale, which is subject to certain conditions. TechnipFMC expects to complete the sale in December.

G1201 is a multipurpose DP2 heavy lift and pipelay vessel suitable for deep and shallow water projects, according to TechnipFMC’s website, which highlights that the vessel has accommodation for 264 people.

TechnipFMC describes itself as a global leader in subsea, onshore, offshore and surface technologies. The company employs more than 37,000 people, according to its website.

In August this year, TechnipFMC revealed that its board had unanimously approved a plan to separate the firm into two independent, publicly traded companies. The company’s plan to demerge into two firms has been dubbed “bold” by energy research and consultancy firm Wood Mackenzie.