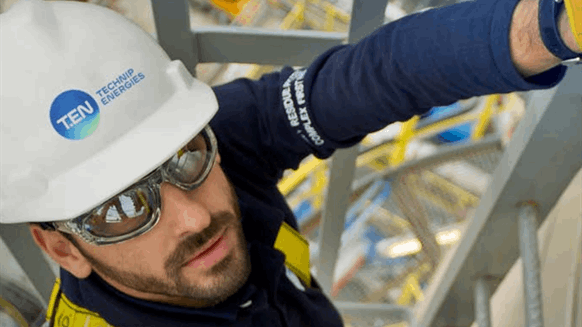 Technip Energies has been given the task of delivering the Front-End Engineering Design (FEED) of the Lang Lebah Onshore Gas Plant 2 (OGP2) project located in Bintulu, Sarawak, in Malaysia. The deal has been awarded by PTTEP HK Offshore.

The FEED contract covers the design of an onshore gas plant including the integrated flow assurance of the native CO2 capture, compression and transportation via pipeline up to the offshore wellhead platform where it will be re-injected. The gas coming from the Lang Lebah offshore field will be treated before being sent to the Malaysia LNG complex.

"We are very pleased to have been selected by PTTEP for this landmark gas development in Sarawak. Bringing Technip Energies expertise in designing large scale gas plants with CO2 capture and transportation, we are committed to making this project another successful milestone in our longstanding relationship with PTTEP and our history in Malaysia,” Said Loic Chapuis, SVP Gas & Low-Carbon Energies of Technip Energies.

The Lang Lebah OGP2 project is one of the key projects of the Sarawak Integrated Sour Gas Evacuation System (SISGES) Development. SISGES is expected to be the catalyst for further development of untapped sour gas resources off the coast of Sarawak.

In February 2021, PTT Exploration and Production Public Company Limited (PTTEP), through a wholly-owned subsidiary PTTEP HK Offshore completed the Lang Lebah-2 appraisal well in the Sarawak SK 410B project. It was a new record for PTTEP’s largest gas discovery.

The appraisal well Lang Lebah-2 was completed in mid-January 2021. It was drilled to a total depth of 14175 feet with proven over 1970 feet of net gas pay, indicating a larger reservoir than the initial estimate. The well test shows a flow rate of 50 million cubic feet of gas per day (MMSCFD).