Tankers Can Now Tank Up at Houston NGL Terminal 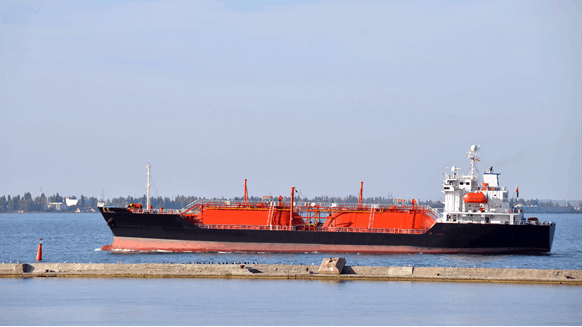 Since June 1, 2018, deep-draft vessels docking at Enterprise Products Partners L.P.’s Enterprise Hydrocarbons Terminal (EHT) on the Houston Ship Channel have been able to fuel up at the facility, the company reported Thursday.

“Being able to fuel ships as they load and offload product at our EHT marine terminal significantly streamlines the process, saving our customers time and money by not having to stop at a third party facility,” A.J. “Jim” Teague, CEO of Enterprise’s general partner, said in a written statement.

According to Enterprise, the company is the exclusive provider of residual marine fuel (RMG 380) and marine gas oil (MGO) at the natural gas liquids (NGL) export/import facility. RMG 380 and MGO are the primary transportation fuels used by deep-draft facilities loading and offloading at the terminal. The marine fuels arrive at EHT by barge, are stored in dedicated tanks boasting approximately 300,000 barrels of capacity and are delivered via pipelines to each of the facility’s seven docks, Enterprise added.

“This new service reflects the creativity and commitment of our people as they continue to find new ways to maximize our assets to capitalize on growth opportunities,” Teague said of the RMG 380 and MGO fueling capabilities at the terminal.