Suttles to Take on Additional Role at Ovintiv 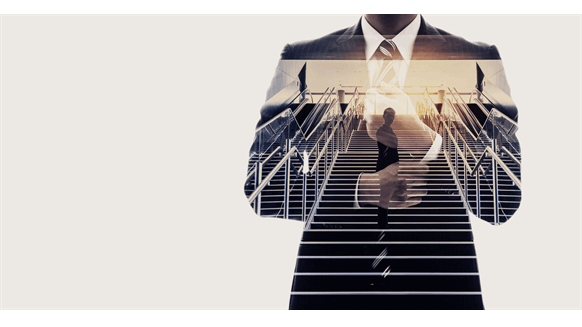 Ovintiv CEO Doug Suttles will assume the responsibilities of president upon the retirement of Michael McAllister.

Ovintiv, Inc. reported Wednesday that its president, Michael McAllister, plans to retire after 20 years with the company, which until recently was known as Encana Corp. Peter A. Dea will also succeed Clayton H. Woitas as board chairman upon the latter’s retirement, the firm noted in a written statement emailed to Rigzone

Both changes are effective June 30, 2020, noted Ovintiv, which added that CEO Doug Suttles will assume the responsibilities of president at that time. Moreover, the size of the company’s board will shrink from 12 to 11 directors. Ten of the board members will be classified as independent directors, the Denver-based exploration and production (E&P) company stated.

“I’d like to thank both Clayton and Mike for their countless contributions to Ovintiv over many years,” remarked Suttles. “Their efforts have helped us drive innovation, manage challenges and transform Ovintiv into a leading North American resource company. We look forward to having Peter as our new board chair. Throughout his 10 years on the Ovintiv board, his counsel, based on many years of diverse experience, has proven invaluable.”

Ovintiv stated that Dea holds more than three decades of E&P industry experience with both public and private firms. Currently president and CEO of Cirque Resources and executive chairman of Confluence Resources LP, Dea has also held executive-level roles at Barret Resources and Western Gas Resources, Ovintiv noted. He earned a bachelor’s in geology from Western Colorado University and a master’s in geology from the University of Montana, the company added.

McAllister’s retirement will cap off nearly four decades in the industry, noted Ovintiv. The company pointed out that it became an industry leader in safety, unconventional resources development and efficiency under his leadership. Dea also noted that, under Woitas’ board leadership, Ovintiv “has successfully transitioned from a diverse natural gas-focused company to a large, independent crude oil and condensate producer.”