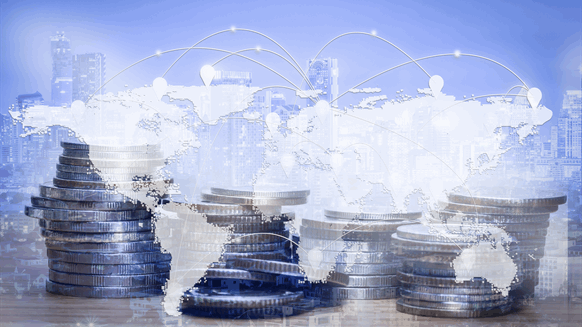 More than 6,500 oil and gas professionals from around the globe expressed what they deem the most important attribute in a company in Rigzone’s second annual Ideal Employer Survey.

Just like factors such as employment status and industry sector influenced respondents’ opinions, in some cases so did their respective geographic region. The survey found significant differences in attribute importance among North America respondents and their counterparts in the rest of the world.

Ranking in a three-way tie for top company attribute according to North America respondents were “Commitment to Health and Safety,” “Competitive Salary” and “Manages Business with Integrity.” While a “Commitment to Health and Safety” was also the top attribute for respondents from the rest of the world, “Challenging/Interesting Work” ranked second, followed by “Competitive Salary” ranking third.

The importance of salary in North America may be due in part to the competitive nature of salaries. In the oil and gas industry’s recovery, the Permian has had record production numbers and the industry can’t get workers in those areas fast enough. As a result, some companies are now willing to pay top dollar for drillers, service providers and truckers.

North America respondents also rate “Manages Business with Integrity” (first) higher than those from the rest of the world (fourth). Some estimates have reported that the U.S. accounted for 40 percent of the industry’s layoffs during the recent downturn. And Rigzone’s survey exploring what happened to laid off industry workers found that 29 percent of U.S. respondents feel “uncertain” about the industry. So, it’s not hard to understand why some North America respondents will be a bit cautious about the industry and desire employers who conduct themselves ethically.

Oil and gas professionals in the rest of the world value “Challenging/Interesting Work” (ranked second) just above salary and more so than respondents from North America, who rank it fourth most important.

Alan  |  June 14, 2018
What I find highly disturbing regarding salaries, if one was fortunate enough to survive the downturn, one was necessarily better off, huge cuts in salaries occurred, resulting in a lot of hardships and life quality adjustments. Oil has rebounded quite well, I realize that third party suppliers/companies contracts were slashed to keep the Oil Companies happy, at the end of the day, we are working for 40% less that three years ago, no increases offered and inflation just carries on. At what point, is the risk and time sacrificed no longer become worthwhile, it is not far off at pressent
Edward Flynn  |  June 14, 2018
With respect to Newfoundland offshore you have southern shore fishermen with the attitude that they know everything and nobody else knows anything. If you are not from the southern shore that you shouldn't be there because they A bunch of ex-fishermen supposedly knows everything and nobody knows anything but them. The attitude of this is the way we done it in the past and this is the way we does it now and this is the way we will always do it [sic] the company because we from the southern shore knows everything because we were fishermen and we know everything. I was offshore and all I saw is a bunch of southern shore ex-fishermen that didn't have a clue but they new everything. I stepped up as assistant barge supervisor and all these southern shore ex-fishermen telling me that the rig could not float with out them missed a lot of things such as EMERGENCY FLARES expired by two months. Sorry Wendell and Paul Boys you do not know everything So Don't B******* that you do.