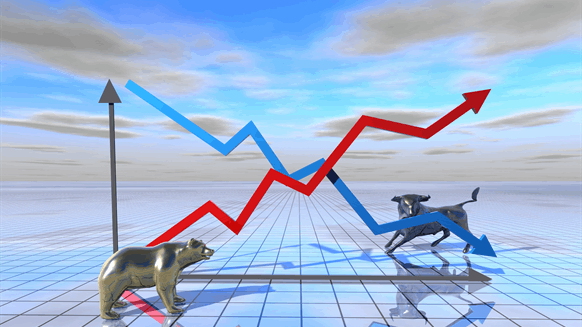 OPEC’s announcement to extend production restraints through 2018 has led some analysts to believe a market rebalance is on the horizon for the latter part of 2018.

Deloitte’s John England, vice chairman, US Energy and Resources leader and US and Americas oil and gas leader, said the market still needs a real demand boost to “get prices moving upward in a meaningful way.” Barring OPEC’s production cuts, “only a supply shock is likely to move the market significantly, and that’s not really how we want to rebalance the market,” he said in his 2018 outlook on the oil and gas industry.

While globally, more than one-third of respondents had a hopeful sentiment (38 percent), there was more of a split among North America respondents. One third (33.9 percent) had a “concerned” outlook for the industry and 32.5 percent were “hopeful.” Another 23.9 percent were “optimistic” and 9.7 percent were “indifferent.”

This seems to align with the cautiously optimistic outlook the industry held in 2017 and is taking into 2018. Several indicators regarding the offshore rig fleet lend itself to the beginning of a true recovery in the second half of 2018 and the price of Brent crude is rising. Yet, question marks still exist surrounding the Trump administration’s new tax bill, which cuts corporate rates and has been described by Bloomberg Intelligence analyst as an “America First-type tax plan” favoring oil and gas companies in which most of their business is in the US.

Rigzone conducted its end of year wrap-up and outlook survey using online survey tool SurveyMonkey. The survey was executed via email to Rigzone’s member database as well as the company’s social media platforms from November 16 through December 1, 2017. It garnered more than 1,000 responses globally. A total of 313 people indicated that they work in North America.