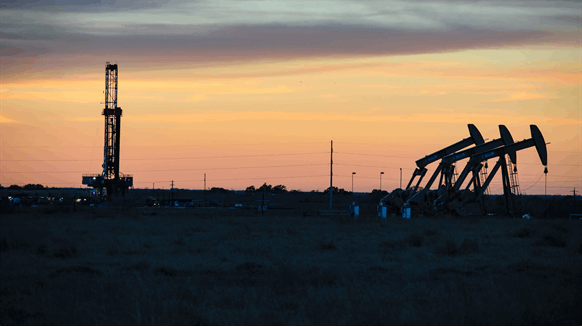 Oil producers in the Permian appear to be worried that key pipeline projects to boost takeaway capacity from the region might not hit their 2019 targeted start-up dates.

Oil producers in the Permian Basin appear to be worried that key pipeline projects to boost takeaway capacity from the region might not hit their 2019 targeted start-up dates.

That is the conclusion of Wood Mackenzie analysts, who in a new report observe that Permian producers increased their 2020 oil-basis hedge positions by 431 percent – or 175,000 barrels per day – during the second quarter of this year.

“It was an anomalously high trading volume for this particular hedging derivative,” Andrew McConn, corporate research analyst at Wood Mackenzie, said in a written statement Tuesday regarding the 2020 Midland to Cushing WTI discount (Mid-Cush basis-swaps). “The only reasonable conclusion one can draw from this surge is that Permian producers are concerned that key pipeline projects won’t be completed on schedule.”

Wood Mackenzie noted that Permian oil production is ramping up at “breakneck speed,” with growth estimated at more than 400,000 barrels per day year-over-year on average through 2022. The study’s authors contend the production surge is overwhelming takeaway capacity within the Permian, causing oil and gas to sell inside the basin at steep discounts to national indexes. To illustrate, they noted that significant pipeline capacity constraints as recently as 2015 caused the Mid-Cush WTI discount to widen to $20 per barrel. As a result, many Permian operators have turned to derivatives to hedge against the risk of price differentials growing wider, Wood Mackenzie stated.

“The more than 52 percent increase in 2019 Mid-Cush hedge positions suggests that producers perceive risk for that year as well,” continued McConn. “Specifically, the risk that Midland oil prices don’t gradually rise and converge back to parity with the Cushing index – as futures markets currently imply.”

No Sustained Relief Until Late 2019

Acknowledging that midstream companies are “racing” to add new pipeline capacity to ease congestion, Wood Mackenzie estimates that West Texas producers may not get “sustained relief” from current under-construction and final investment decision projects until late 2019. Wood Mackenzie stated that its most recent North American Crude markets short-term outlook projects that more than 2 million barrels per day of capacity should go online in the late-2019/early 2020 time frame. In fact, the firm noted the build-out should send the basin into a “temporary medium term over build” situation – and cause the Mid-Cush discount to evaporate.

“As new pipelines flood the basin and excess capacity provides a cheaper route to the U.S. Gulf Coast market, Midland crude prices could shift from massive discounts to Cushing to slight premium pricing,” said John Coleman, senior analyst for North American crude oil markets with Wood Mackenzie. “We forecast potential for approximately 1.5 million barrels per day of excess pipeline capacity in late 2020. This will have ripple effects on basin pricing for years to come with expected downward pressure on pipeline tariffs showing up in basin differentials well into the early 2020s.”

“These projects are also occurring in conjunction with similar gas and natural gas liquids pipelines also under construction which are putting additional strains on construction resources,” Coleman explained. “Couple this with a very tight trucking market in the U.S. and, more importantly, in West Texas and you can see a scenario in which one or multiple pipelines get delayed from various construction constraints.”

To be sure, Coleman said the delays in putting new crude takeaway capacity online should have a limited effect outside the Permian Basin.

“While delays of additional capacity would likely delay the impending ramp-up in Permian production, producers are unlikely to materially redeploy capital with visibility to pipeline completions still in a short-term window, and with hedging protected cash flows to some degree,” said Coleman. “This would be a transitory effect that likely would not significantly alter operator strategy. Moreover, producers have to plan much of their activity well in advance so any approximately three-month delay to pipeline projects would not be long enough to compel producers to significantly alter plans.”