Struggling OPEC Agrees on Cuts, Crisis Not Over 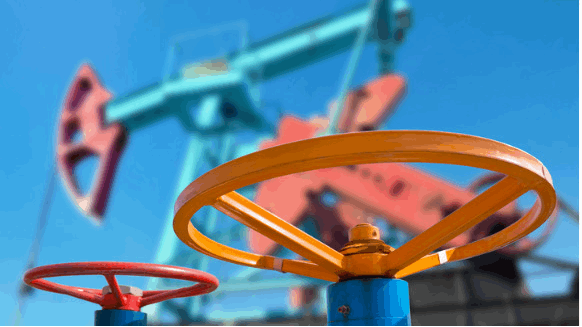 After two days of heated internal discussions, OPEC seems to have reached a production cut agreement.

After two days of heated internal discussions, OPEC seems to have reached a production cut agreement. OPEC officials have stated that the oil cartel has agreed on an 800,000-barrel per day (bpd) production cut, while non-OPEC is being asked to commit to around 400,000 bpd to be cut at the same time. The overall agreement will become effective in January 2019. Optimism surfaced straight away within the oil markets as crude oil prices jumped immediately after the news.

However, the optimism should still be taken with a pinch of salt, as discrepancies in views inside of OPEC will continue, and a large part of the success depends on the willingness of non-OPEC members, especially Russia, to cut their production by 400,000 bpd. Optimism could also falter if OPEC and non-OPEC will decide that the cuts being made are related to current production levels, and not to former production agreements. In recent months Russia, Saudi Arabia and the UAE have substantially increased their overall production, while others have shown a tendency to grow production too.

Normally, OPEC meetings in Vienna are mainly for visibility while trying to get a country’s message into the media. The last couple of meetings however have shown a much more politicized approach, as regional power politics have taken over the normal focus on oil prices and market fundamentals. The last OPEC meeting already showed that there was a major conflict brewing between the Saudi-Russia led production cut approach and the Iran-Venezuela anti-cut movement. The latter, especially Iran, has been vehemently against any production cuts or market regulating arrangements, as Tehran is currently in a conflict with Saudi Arabia regionally, while at the same time its hands are bound behind its back due to US sanctions.

Tehran, partly right, perceived any Saudi movement as a potential threat to its own market share. Riyadh and Abu Dhabi, partly supported by Moscow, were expected to fill in the gaps caused by the U.S. sanctions on Iran. Tehran, supported by hardliners such as Venezuela and hit by U.S. sanctions, put all its might behind a blockade of the Saudi-Russian approach. The latter failed.  The current OPEC meeting reflected the same scenario again. Iran bluntly said not to accept any production cuts, especially if this would include Iranian production. At the same time, Qatar announced it would leave the cartel, supposedly due to a lack of influence and reorientation on LNG. The Qatari move has clearly put additional pressure on the cartel, and we now see the result.

The position of the total OPEC group is now being questioned, as major partners such as Venezuela, Algeria or Nigeria feel sidelined. The role of Iran is that of an outsider, as it can’t influence the market at present anymore. At the same time, several small producers are asking themselves if they need to follow Qatar’s steps, as the cartel now seems to be the one-man show of Saudi Arabia, based on support of the UAE, Kuwait and Bahrain. This position could even become stronger if countries such as Egypt and others are joining.

OPEC Vienna December 2018 could indeed become a historical date. There are growing signs that a full restructuring of the cartel is imminent, as attempts are made to reinvent it by incorporating Russia and others. Time will tell, but this OPEC meeting was not about market fundamentals; it was all about geopolitical realignment.

With potentially higher shale production in the U.S., combined with non-compliance of some OPEC members and new production elsewhere, a new crisis is brewing. The demand side is also unclear. Possible trade wars between U.S.-China and the impact of the Brexit could have a negative or as least dampening effect on demand growth. There are no threats yet to demand, only expected growth could be lower. OPEC could have put things all in order with one clear decision.

Continuing instability in OPEC, combined with no clear price or volume signals, will weaken the current production cut impact. Additionally, 1.2 million bpd is perhaps not enough to counter possible changes in supply-demand in 2019. With a more direct approach, tackling the current oil flow by a cut of 1.4 to 1.8 million bpd, OPEC and Russia would have given a clear statement. Khalid Al Falih and Novak should have made it clear that Saudi Arabia and Russia, supported by the UAE, will take any measures necessary to stabilize prices and volumes.

With a higher production-cut level, both would have substantiated statements that they are not reacting to President Trump’s tweets, and they have a clear and rational approach for the market. Higher price levels are needed to keep oil flowing and re-establish a spare production capacity in the market capable of coping with emergencies. The fact that geopolitics have creeped into OPEC discussions is a worrying sign and more instability is to be expected, as the rifts are there and an “oil price glue” has not yet been identified to keep it all together.