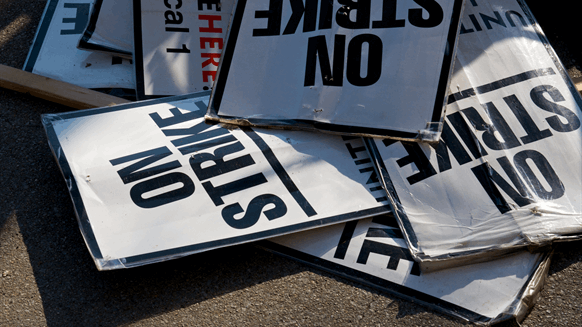 UK union Unite cancels all future strike action on the Alwyn, Dunbar and Elgin rigs in the North Sea.

UK union Unite has cancelled all future strike action on the Alwyn, Dunbar and Elgin rigs in the North Sea, after its members accepted a revised pay offer by Total.

Unite said it has held talks with Total over several weeks at the Advisory, Conciliation and Arbitration Service (ACAS) “in an effort to break the deadlock in the protracted dispute on the Alwyn, Dunbar and Elgin rigs”.

The union revealed that the acceptance of the revised offer will mean a basic headline pay increase of 15 percent plus “substantial retention bonuses as compensation for the 3:3 rotas being retained”.

“Unite members have accepted the latest offer by Total on the basis of securing a number of significant improvements from the previous offer,” Wullie Wallace, Unite regional industrial officer, said in an organization statement.

“This has been a long and protracted dispute following months of negotiations but we have secured a significant victory with a 15 percent base increase and a substantial bonus for the workforce,” he added.

The latest development in the dispute follows news last week that members of Unite had written an open letter to Patrick Pouyanne, chairman and CEO of Total, requesting his personal intervention in the quarrel, which has seen the union carry out a number of strikes in the North Sea.

Earlier this week, Unite confirmed that its members covered by the Offshore Contractors Association (OCA) agreement are to be balloted on industrial action, as part of a separate dispute.

The industrial action ballots come in the wake of Unite members rejecting a revised OCA pay offer covering overall pay, terms and conditions following a consultative ballot in July. Negotiations with the OCA have been ongoing since January this year. Back in July, Unite revealed that it had 2,500 members covered by the OCA agreement.

The OCA represents contractor companies in the UK in a range of offshore and onshore activities. Members include Aker Solutions Ltd, Petrofac Facilities Management, Wood, Worley Parsons and Sparrows Offshore Services Ltd, according to the organization’s website. The OCA, which is based in Aberdeen, was founded in 1995.