Stena Getting Offshore Rigs Back to Work with Simulators 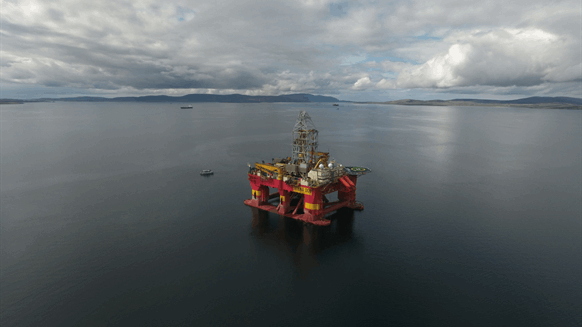 Seeking to make rig reactivations faster, smoother and safer for new and experienced crews alike, one offshore drilling contractor reported Monday that it is taking the unprecedented step of using simulators.

“The approach of conducting realistic, rig-specific simulated exercise and tailored coaching to fill competency gaps is the first of its kind for the oil and gas industry,” Stena Drilling said in a written statement emailed to Rigzone.

“The Stena Don had been in a warm stack situation from November 2016 with reduced crews,” Stuart Greer, Stena operations manager explained. “After securing a major contract, we needed to reactivate the rig in March 2018 and had new personnel joining some of the existing Stena Don crew. Quality, safety and performance are our top priority so we wanted to ensure all of our personnel were fully competent and able to cope with any eventually.”

According to Stena, the company is working with advanced simulator developer and manufacturer Drilling Systems to combine competency assessment and coaching in-the-field with the On-The-Rig (OTR) simulator for the very first time. Stena noted that OTR better prepares its drilling and lifting crews for rig start-ups and ongoing operations. The company added that it has already successfully used the simulator to successfully reactivate its Stena Don semi-submersible. Now, through a framework agreement with Drilling Systems, it plans to apply OTR to its Stena Forth, Stena DrillMax and Stena IceMax ultra-deep water drillships.

“We approached Drilling Systems and together developed a three phased approach to preparing our drilling and lifting teams,” continued Greer. “We used Drilling Systems’ mobile OTR simulator, which can be located on the rig itself and realistically mirrors drilling and well control operations, alongside individual coaching sessions. This mean the crew could familiarize themselves with well control situations/procedures, as well as operational running of equipment in a controlled, safe environment.”

Greer also said the mobile simulator facilitated tests with a wider range of high-risk operational scenarios that otherwise could not be replicated. He pointed out the functions and graphics – similar to those of National Oilwell Varco’s proprietary “Cyberbase” drilling control system – allow crew members to gain experience and confidence and better prepare for the real thing.

“As the OTR system can also be operated without an instructor, we are keeping it in-situ to enable continuous training and development for the crew,” Greer continued. “This project has helped us test and verify our crews’ skill levels in a safe, fast and highly effective way and gives our clients assurance that we are operating at the highest levels of safety and competency. Due to the success of the Stena Don project we will now be using the same approach on other rigs as they are brought back to use.”

Glenn Ellis  |  August 10, 2018
This is the best thing to come along since Well Control School. It will save lives. It will point out faulty equipment or process. Insurance industry officials should take note and agent should pursue premium rate reductions accordingly. Finally, combined with the use of aerial unmanned drones, problems con be found back at Corporate HQ, before the collateral damage of lives being lost happens.
RELATED COMPANIES
Company: Stena Drilling more info