Sponsored by Aramco
i 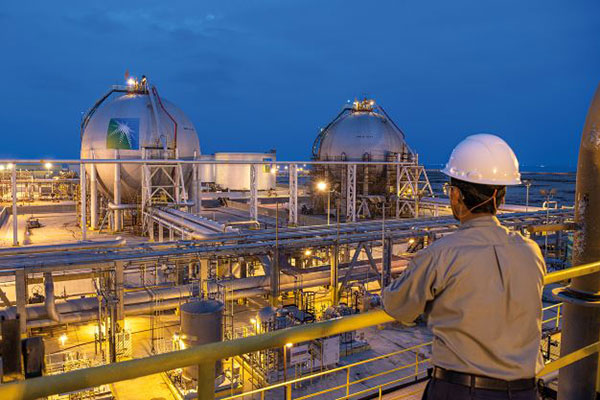 As the world increases efforts to transition to a low-carbon economy, the issue of carbon management has become urgent for the oil and gas sector, which faces the dual challenge of meeting growing energy needs with fewer emissions. From new technologies to cleaner energy sources, Aramco has sought to tackle this challenge by investing in key areas that advance sustainability. To this end, one of the most critical investments the company has made is its announcement to develop the Jafurah gas field—the largest discovered unconventional field in Saudi Arabia. Continuing to develop the full potential of the Jafurah gas field would further strengthen Aramco’s position as a reliable supplier of energy, with demand for gas expected to increase in the coming years, despite disruption caused by the COVID-19 pandemic.

Though demand for gas dipped slightly in 2020, the International Energy Agency expects global demand to rise by 30% by 2040 based on stated policies. This forecast anticipates future growth in South and East Asia, driven by a desire for better air quality, a manufacturing expansion and lower gas prices. As the cleanest burning fossil fuel, benefits of natural gas include improved air quality and fewer greenhouse gas emissions compared to other hydrocarbons. As a result, the Jafurah project heralds the next phase of moving the region’s energy landscape towards a cleaner energy mix.

Looking at the Jafurah gas field’s sheer scale is key to understanding its importance. Estimates indicate that 200 trillion standard cubic feet of gas are held in an area measuring 17,000 square kilometers. The decision to develop the field comes on the heels of a well-designed and executed de-risking program that started back in 2013, the objective of which was to understand the reservoir and its characteristics and engineer the code required to unlock Jafurah’s unconventional potential. The program involved the drilling of many wells across the field and utilizing the company’s resources, from geoscientists and engineers in the field to its R&D centers across the world, to understand the most economical method to drill and stimulate Jafurah’s unconventional wells.

Aramco expects production to ramp up from 200 million standard cubic feet per day (scfd) in 2025 to reach a sustainable gas rate of two billion scfd of sales gas by 2030, with 418 million scfd of ethane and around 630,000 barrels per day of gas liquids and condensates, which are essential feedstock for the growing petrochemical industry.

Aramco plans to develop the Jafurah gas field by combining its innovative technologies with the field’s unique properties. This is best exemplified by the innovative decision to use seawater for hydraulic fracturing at Jafurah. Unconventional developments are typically water intensive and Jafurah is no different. However, as part of the Aramco’s environmental stewardship, Jafurah will utilize seawater desalination to supply its water needs.

Jafurah wells are drilled with long horizontal lateral lengths to maximize hydrocarbon recovery and optimize productivity in the long run. In the arid climate of Saudi Arabia, Aramco will circumvent the need to draw on precious groundwater and instead opt to build a dedicated seawater treatment facility to supply enough water for the process. The treated seawater will be distributed throughout the field via a 180 km pipeline network, which will significantly reduce water-hauling truck traffic and result in a lower environmental impact and overall carbon footprint.

Jafurah’s location is another fundamental advantage at play. With its proximity to existing company facilities and infrastructure, the development’s surface facility requirements are optimized and it is able to connect to the country’s extensive Master Gas System and deliver gas for domestic consumption in the Kingdom. Aramco already has one of the lowest carbon intensity levels of any major oil producer. Gas presents the next frontier, as the company continues to grow its conventional and unconventional gas programs. Jafurah development serves as a blueprint for the region to capitalize on its unconventional resources toward a cleaner energy mix.

For more information on how you can be a part of Aramco’s unconventional gas programs, visit the Aramco Career Center today. 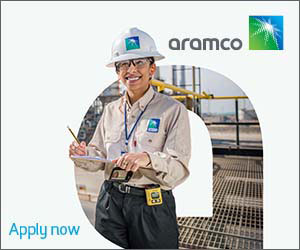