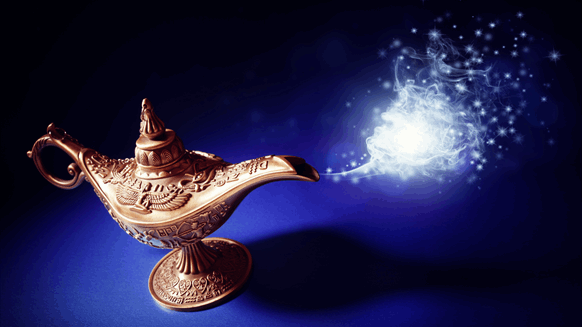 South Korea has become the first of Iran's top 3 oil customers to fulfill a hard-line US demand that buyers cut imports to zero.

The Asian nation didn’t import any crude from Iran last month, compared with 194,000 barrels a day in July, tanker-tracking and shipping data compiled by Bloomberg show. While bigger consumers China and India have curbed buying from the OPEC producer, South Korea’s gone one step further by halting purchases before the U.S. imposes sanctions on the Islamic republic on Nov. 4.

Donald Trump’s administration made the demand over Iranian oil after the U.S. president in May withdrew from a 2015 deal that lifted many sanctions on the Middle East nation in exchange for restrictions on the country’s nuclear program. South Korea heeding that call may signal America’s clout over the North Asian nation.

Trapped in a decades-long war in the Korean peninsula, the South’s government has relied on the U.S. to pressure the North’s leader, Kim Jong Un, to abandon its nuclear program. Political ties to America mean it can’t ignore Trump’s order for allies to adopt a tough policy on Iran, according to the Korea Energy Economics Institute.

“Maintaining relations with the U.S. is of the utmost importance to South Korea,” Kim Jae-kyung, a research fellow at the institute said. “South Korea’s national security depends on its military alliance with America, which is prompting it to proactively reduce imports before the governments have completed negotiations.”

The South Korean government’s official stance over Iranian sanctions is that it’s continuing talks with the U.S. in a bid to seek a waiver. While the Trump administration has softened its stance slightly, going from zero tolerance on purchases to saying it will consider exemptions, they are yet to be granted and buyers still face the risk of being cut off from the American financial system after the November deadline.

“We will consider waivers where appropriate,” U.S. Secretary of State Michael Pompeo said at a press briefing in New Delhi on Thursday. But “it is our expectation that the purchases of Iranian crude oil will go to zero from every country or sanctions will be imposed,” he said.

Brent crude, the benchmark for more than half the world’s oil, climbed as much as 62 cents to $77.45 a barrel on the ICE Futures Europe exchange by 7:06 a.m. in London. Prices are up more than 40 percent over the past 12 months.

While the relationship between Trump and Kim was fraught in the initial phase of the U.S. president’s rule, diplomatic relations have since warmed, culminating in a historic summit between the two in Singapore in June.

South Korean President Moon Jae-in said Trump deserves “ great credit” for bringing the North to talks. Earlier this month, Kim told visiting South Korean envoys he was ready to accept “stronger measures” to restrict his nuclear program and wanted a declaration with the U.S. to formally end the Korean War.

It’s not the first time Trump has leaned on South Korea. He berated the Asian nation for a trade surplus in 2017, and named it in a currency watch list the year before. A South Korean government official responded that the country will look into whether there’s room to increase energy purchases from America, and a few months later the energy minister said it wants to include the U.S. in its import portfolio.

While in New Delhi last week, Pompeo added that he would be “happy to see if it’s American products that are able to” fill in the gap of lost supply from Iran. But a switch may not be simple for refiners because the quality of all U.S. output isn’t similar to oil from the Persian Gulf state.

“South Korea will comply with the U.S. sanctions on Iran for the multitude of reasons -- national security, trade to name a few,” said WengInn Chin, a senior oil market analyst at industry consultant FGE in Singapore. “Companies will not want to risk any actions by the U.S. for breaching the sanctions. South Korean refiners will have to replace the volumes.”