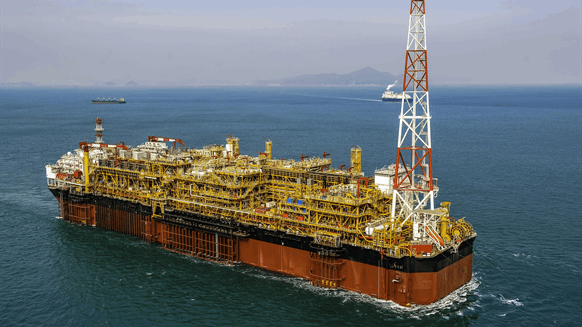 The global market for floating production, storage and offloading (FPSO) vessels is booming, according to energy research firm Rystad Energy.

A renaissance is on the horizon.

The global market for floating production, storage and offloading (FPSO) vessels is booming, according to energy research firm Rystad Energy.

Back in February, Rystad forecasted that 33 FPSOs would be sanctioned from 2019-2021.

In a report released Tuesday, Rystad said as many as 24 FPSOs are expected to be awarded by 2020.

“The ongoing upswing in newly sanctioned FPSO projects points to a brighter future for the FPSO market,” said Rystad’s head of oilfield services research Audun Martinsen. “Offshore operators are finding their footing again after the downturn of 2014, as a robust rise in free cash flow has fueled a significant uptick in deepwater investments.”

And South America is driving demand.

South America has 12 sanctioned FPSO projects planned by the end of 2020, followed by Asia (four), Europe (3), Africa (3) and Australia (2), according to Rystad.

Brazil is set to award seven more FPSOs in 2020, which would lead the country to account for more than one-third of awards anticipated globally in 2019 and 2020.

The seven projects already confirmed in 2019 represent production capacities of more than 700,000 barrels of oil per day and around 60 million cubic meters of gas per day.

“Brazil’s greater competitiveness on a global scale is a driver behind such huge FPSO awards, along with the region’s recovery from the Car Wash corruption scandal, Petrobras’ debt reduction, substantial pre-salt discoveries and healthier oil prices,” Martinsen said. “These positive factors also add greater certainty to project timelines, and we no longer believe Petrobras’ developments will be subject to lengthy delays.”