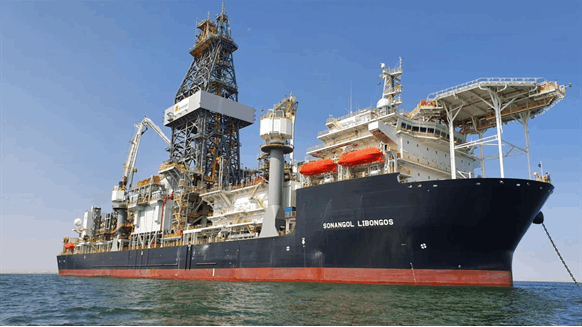 Sonadrill has secured a 12-well extension in Angola for one of its drillships on a $402,500 dayrate.

Sonadrill, Seadrill's 50:50 joint venture with an affiliate of Sonangol, has secured a 12-well extension in Angola for one of its drillships on a $402,500 dayrate.

Seadrill said that Sonadrill won the 12-well extension for the Libongos drillship. The total contract value for the firm portion of the contract is approximately $327 million, inclusive of additional services.

The start of the contract is expected in the fourth quarter of 2022, with a firm term of approximately 25 months, in direct continuation of the existing contract.

There are currently three drillships bareboat chartered into Sonadrill – the West Gemini – and two Sonangol-owned units – the Quenguela and Libongos. Seadrill manages and operates the units on behalf of Sonadrill.

“Sonadrill remains strategically important for the development of the Angolan oil and gas sector. Sonadrill is the number one rig operator in Angola and this new contract will generate significant free cash flow for the joint venture which will ultimately flow to Seadrill and Sonangol as shareholders,” Seadrill’s Chief Executive Officer Simon Johnson said.

According to data provided by Seadrill's fleet status report, the Libongos rig is currently on a $228,800 dayrate contract ending in November 2022 with an undisclosed client. The rig was last year used by Eni when the Italian oil company made an oil discovery in Angola’s deepwater.

Offshore drillers and analysts recently stated that rental rates for offshore oil and gas rigs could rise to $500,000 in the coming months. Daily costs to hire a rig have already more than doubled from two years ago to some $300,000, with some top-end rates reaching close to $400,000, according to Pareto Securities.

It is worth noting that drilling companies are in a stronger position to demand higher rates to rent their equipment after several lean years led to a wave of mergers and pushed them to scrap older rigs, leaving fewer available now that demand is rebounding. This is evident in this latest Libongos deal.

Transocean, for example, expects the dayrate to rise even further from present levels and to hit the $500,000 mark. As for Seadrill, which not so long ago had to restructure its debts under U.S. Chapter 11 bankruptcy process, may be able to pay dividends again in the not-so-distant future due to rig dayrates rising.

"For the first time in a long time, there is a pathway to sustainable dividend policy. The question for the industry is going to be what to do with the cash,” Johnson said back in September.