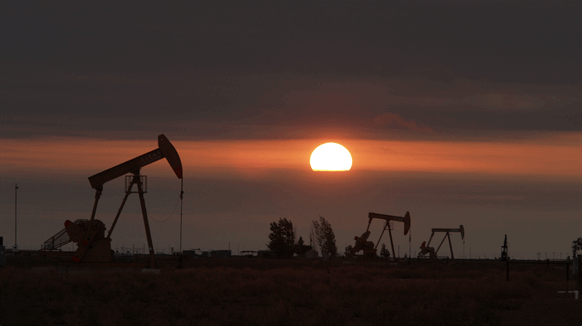 Check out this review of oil market hits and misses for the week ending Sept. 18, 2020.

Recent figures from a leading U.S. oil and gas industry organization reveal that drilling activity has plunged to a nearly 19-year low. However, some oil and gas companies are managing to deliver more-than-respectable results. Find out why in this review of recent hits and misses in the oil and gas markets.

Andrew Goldstein, President, Atlas Commodities LLC: Again, as expected, November crude oil remained within the range set from June through September. We have had higher highs month over month between June and August. We will continue that trend with a seven-percent move from the current price of $41.30.

Tom Seng, Director – School of Energy Economics, Policy and Commerce, University of Tulsa’s Collins College of Business: The peak of hurricane season lived up to its name this week as Hurricane Sally caused Gulf of Mexico (GOM) production shut-ins while four other systems dotted the Atlantic Ocean. Now a new tropical system, TD#22, is forming in the western GOM, causing production shut-ins again. The U.S. government estimates that 30 percent of oil production, 24 percent of gas supply and 1.5 million barrels per day (bpd) of refining capacity remain offline currently. This tropical activity, a decline in crude inventories and a weaker U.S. dollar all contributed to the prices that crossed back above $40 again this week.

Refinery utilization increased to about 76 percent, which was a surprise given the end of the summer driving season. They key Cushing, Okla., hub saw a small decrease of 74,000 barrels and now stands at about 70 percent of capacity. U.S. oil production rose by 900,000 bpd to 10.9 million bpd. The U.S. dollar’s continued weakness has helped to prop up oil prices as the greenback has been on the decline for a couple of months now and is in jeopardy of losing its status as the primary global currency.

Meanwhile, natural gas sits poised to easily exceed the 4-trillion cubic feet (Tcf) level by the start of winter after a reported injection of 89 billion cubic feet (Bcf) last week. Stored natural gas volumes now stand at 3.61 Tcf with only seven weeks remaining in the traditional injection season. If we average just 55 Bcf per week during this period, 4 Tcf is easily achievable. The market seemed to acknowledge this situation as Henry Hub futures prices for October have fallen below the key $2 level but are trying to stay in that area.

Goldstein: The rally off the Sept. 8 lows of the November WTI contract ($36.14) was quite surprising. As of Sept. 18, 11 a.m. Eastern time, November is trading nearly 15 percent higher at $41.30. As expected prices rise with a draw in inventories, but with a draw of only 775,000 barrels at Cushing, the main storage hub of WTI, the rise seems uncorrelated.

McNulty: Natural gas prices have run up more than 200 percent over in Europe, since May, and this should be good for U.S. LNG players. While natural gas has traded up to some degree with the hurricanes, there is more solid fundamental support for $2-plus pricing.

Seng: The record level of tropical storms, the decrease in oil inventories and the increase in refinery activity surprised the market this week but all served to put some bullish momentum behind prices.