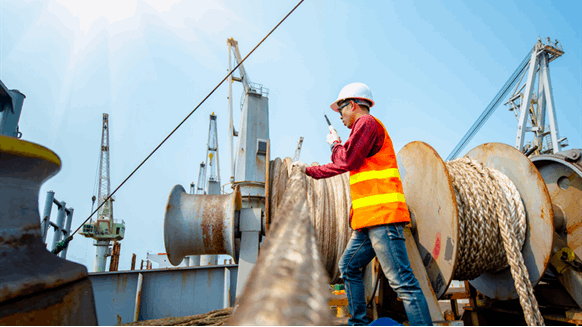 Solstad Offshore ASA revealed Monday that two of its vessels have been awarded new contracts.

Solstad Offshore ASA revealed Monday that two of its vessels have been awarded new contracts.

The Brazilian flagged CSV, Far Saga, has bagged a deal with Petroleo Brasileiro S.A. for a firm period of three years, which will start during the third quarter of this year, Solstad outlined. Far Saga, which has been operating in Brazil since 2014, will support exploration and production activities on the Brazilian continental shelf, Solstad highlighted.

Solstad’s CSV Normand Energy has also been awarded a contract with an “undisclosed client”, the company said. Normand Energy will be mobilized from a European port and the contract will commence late in the second quarter and last for four to six months, according to Solstad.

Earlier this month, Solstad announced that it had entered into medium-term contracts for six of its vessels for a period of 80 to 170 days each with “undisclosed clients”. Commencement of these deals was revealed to be around July 1 and the operations were said to be “outside the North Sea”.

Solstad describes itself as a leading offshore shipping company. The company, which is based in Norway, has over 120 vessels and employs nearly 4,000 people, according to its website.

On May 8, Solstad revealed that it had signed a restructuring implementation agreement for a restructuring of the group. The key features of the restructuring, according to Solstad, include debt to equity conversion of approximately $1 billion (NOK 10.9 billion), a new fleet loan maturing after four years, financing of additional liquidity and a streamlining of the corporate structure.