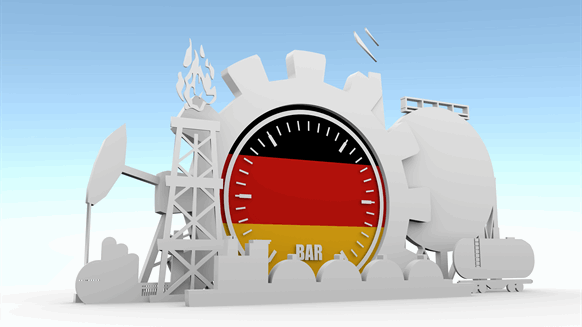 Hugging opposite banks of the river before it arcs into the North Sea, Stade and Brunsbuettel are battling for federal approval and hundreds of millions of euros in investment. The government may announce a winner next year, ending dithering about the need for such a facility and pressure by President Donald Trump to import U.S. fuel to cut reliance on Russian gas.

Both sites tout their advantages but the main winner will be Germany, said Oliver Grundmann, Stade’s constituency lawmaker from Chancellor Angela Merkel’s Christian Democrats, on the phone Monday. The nation is also considering other sites, such as Wilhelmshaven in the northeast, after decades of reliance on pipelines to Russia, Norway and the Netherlands.

“The strategic relevance of diversifying our gas supplies via LNG is, I hope, by now a given,” Grundmann said. “The big question is who can build it fast and run it cost-effectively.”

Pressure by Trump on Germany this summer to dump its support for Russia’s Nord Stream 2 pipeline project in favor of U.S. shale gas in ships is a boon to ports jockeying to become a LNG hub. Federal aid is seen as critical to the project’s structured finance, enabling the winner to speed up construction.

Supplies of gas to Germany from the rest of Europe are drying up, boosting Russia’s position as the primary source for heating, industry and power plants. Russia accounted for about 45 percent of Germany’s imports in 2017, an increase of almost 4 percentage points from the previous year, according to data from McKinsey & Co.

Co-financed by Macquarie Group Ltd. and China Harbour Engineering Co. and costing as much as 500 million euros ($575 million), closely held consortium LNG Stade GmbH plans a terminal that will eventually be able to handle as much as 15 percent of Germany’s gas imports.

On the other side of the Elbe and further downstream, Brunsbuettel’s bid is being led by a joint venture of gas infrastructure company NV Nederlandse Gasunie, Vopak LNG Holding BV and Oiltanking GmbH, bundled together as “German LNG Terminal.” It’s sited at the North Sea end of Germany’s “Ostsee Kanal” channel, giving it shipping access to the Baltic.

German LNG Terminal has already asked for subsidies from the Federal Ministry for Transport, a spokeswoman said by email, declining to elaborate. The developers are in negotiations with other “interested parties” after singing the RWE deal, she said. A final investment decision is envisaged in late 2019, making the facility operational by the end of 2022.

LNG Stade is looking to U.S. LNG exporters to strike long-term supply contracts that offer attractive price models for the German market, project head Martin Schubert said in a note to Bloomberg. Germany is also looking at other suppliers, such as Qatar, and Uniper SE is mulling a terminal at Wilhelmshaven, about 55 miles west of Stade, while Russia’s Novatek PJSC and Belgium’s Fluxys SA plan a mid-scale facility at the Baltic Sea port of Rostock.