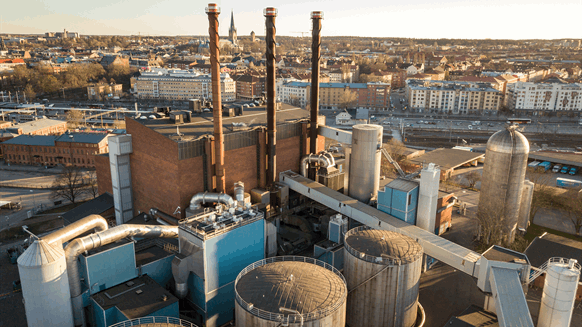 It's the first North American fuel maker to be idled as the coronavirus outbreak crushes demand worldwide.

(Bloomberg) -- Newfoundland’s only refinery is shutting down, the first North American fuel maker to be idled as the coronavirus outbreak crushes demand worldwide.

North Atlantic Refining Ltd. will idle the Come by Chance refinery, VOCM radio reported on its website, citing Glenn Nolan, the president of United Steelworkers Local 9316. The plant could be shut for two to five months, Nolan said, according to the report.

While this is the first plant in the region to shut, refineries across the U.S. and Canada are cutting back as the gasoline and jet fuel markets seize up. Measures to slow the spread of coronavirus may result in an unprecedented plunge in fuel demand, with estimates that global consumption is shrinking by 20% or more.

U.S. government data show that the amount of refined products supplied to the market fell by more than 2 million barrels a day in the week ended March 20. With coronavirus cases in the U.S. on the rise since then, and more parts of the country shutting down businesses and limiting travel, consumption has likely slid further.

Valero Energy Corp. has reduced processing rates across about half of its refineries, and Phillips 66 said many of its refineries are near minimum rates. Suncor Energy Inc. said it’s adjusting its refinery utilization. With refineries using less crude, the oil market is starting to seize up, with at least one pipeline asking producers to reduce output.

Refineries globally have been cutting back activity. Last week, Gruppo API SpA indefinitely stopped its Falconara facility in Italy until fuel demand recovers. The nation’s fuel consumption has declined by about 85%, a spokesman for the company said, citing a union of retail gas stations. Meanwhile, huge refineries across Asia are cutting back as billions of people stay home.

--With assistance from Sheela Tobben, Robert Tuttle and Jeffrey Bair.

To contact the reporter on this story:
David Marino in New York at dmarino4@bloomberg.net

To contact the editors responsible for this story:
David Marino at dmarino4@bloomberg.net
Ramsey Al-Rikabi