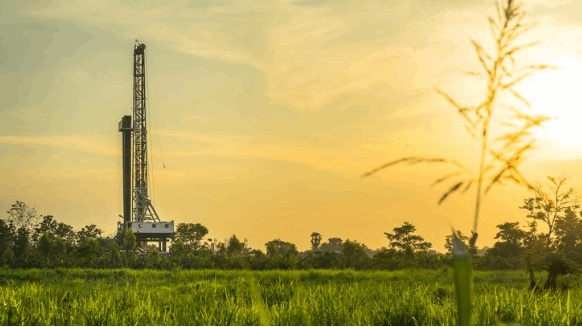 Rigzone panelists offer their insights on the top oil market hits and misses for the week ending Sept. 25, 2020.

Recent public-facing comments from the oilfield services and equipment community suggest the U.S. onshore situation might get better next year, according to an informed market-watcher whose insights regularly appear on Rigzone. Fine out why he sees signs of improvement, along with other perspectives, in this review of recent oil market hits and misses.

Barani Krishnan, Senior Commodities Analyst at Investing.com: We got caught in two back-to-back hurricanes and have been trying to get through those disruptions and distortions over the past three weeks, so it’s no surprise that some expectations got washed out and some never came through.

Marc Le Dain, vice president of strategy with the oil and gas data firm Validere: Libya started reopening ports with significant storage and production available to come to market. The crude market pulled back over the last several days in expectation of this. There have been a number of periods where this was expected over the last several months and never occurred, but with tankers now loading it’s an expectation that is playing out.

Marc Le Dain, vice president of strategy with the oil and gas data firm Validere: As the market looked through noise from the hurricanes it was surprised with a natural gas market deficit that is likely around 2 billion cubic feet per day and increasing with continued liquefied natural gas ramp-up amidst declining supply.

Curran: Over eight days, two high-quality completions players made positive operational announcements for Third Quarter 2020. First, at a major Wall Street energy conference on Sept. 8, 2020, the Patterson-UTI Energy CEO and president announced: “We said (on the Second Quarter 2020 call) … we would average four spreads with a 10-percent increase in activity. But this morning, we updated that in our presentation, and we said we’ll now average five spreads in 3Q20. So, we are actually a little bit excited about the improvement in activity in pressure pumping.”

Then, after the market close on Sept. 16, 2020, Solaris Oilfield Infrastructure (NYSE: SOI) put out a press release lifting its own operational guidance. Solaris raised the forecast for the sequential increase in its activity for the third quarter of 2020 to 60 to 70 percent, from 35 to 45 percent, which was the guidance management provided on the Second Quarter 2020 call. SOI measures activity based on the utilization of its mobile proppant management system (MPMS) fleet.

The main driver behind both upward revisions has been the continued, stronger-than-widely anticipated recovery in fracing activity, focused heavily on the execution of drilled but uncompleted (DUC) wells. We’ve been and remain at the bullish end of the spectrum of expectations for the second half of 2020 rebound in completions activity. We continue to believe the active Primary Vision U.S. frac spread count will climb above 100 by November.

Krishnan: The most stark think that happened this week was that industry group American Petroleum Institute (API) called for a new 700,000-barrel build while the U.S. Energy Information Administration (EIA) reported a draw of 1.7 million barrels, putting the two at odds.

This is the first directional divergence between the API and EIA in a while, and more could come as the coronavirus pandemic makes it harder to estimate demand properly. Production estimates remain muddy, too, with the EIA removing 200,000 barrels per day (bpd) last week after the previous week’s addition of 900,000 bpd.

The API and EIA used to be comically apart at one time, and this used to drive the trade nuts. With the fall season on and peak driving off, and imports not really cratering, it’s hard to imagine crude and product draws continuing at these levels. Both agencies are in the business of reporting estimates, although the EIA’s numbers are deemed official.

For what it’s worth, the Strategic Petroleum Reserve had a 700,000-barrel outflow for last week – meaning the “real” drawdown was only about 1 million. Also, crude exports jumped almost 500,000 bpd last week – roughly translating to a total of another 3.5 million barrels in the negative. So, theoretically, we should have had a larger draw.