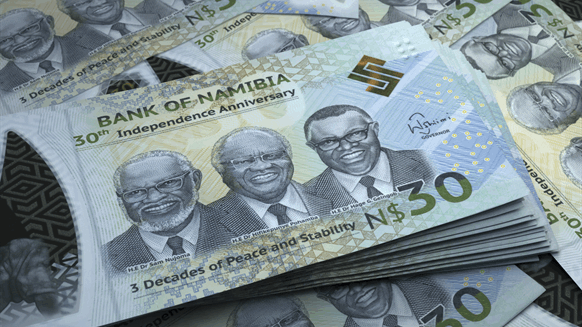 Shell has made a new oil discovery in its exploration well in the Orange Basin offshore Namibia.

Energy giant Shell has made a new oil discovery in its exploration well in the Orange Basin offshore Namibia.

The well in question is the Graff-1 well located in Block 2913A in the Orange Basin which Shell operates. Its partners in the block are QatarEnergy and the national oil company of Namibia NAMCOR. To remind, QatarEnergy farmed into the block as well as block 2914B back in April of last year.

Shell has a 45 percent interest in Block 2913A, with Qatar Petroleum holding 45 percent while NAMCOR holds the remaining 10 percent.

Shell claimed that the results from the well were encouraging and that it established the presence of a working petroleum system with light oil.

The oil major claimed it would continue evaluating the data and conduct further exploration activity to determine the extent of the system and how much of the hydrocarbons could be recovered.

NAMCOR said that the Graff-1 deep-water exploration well made a discovery of light oil in both primary and secondary targets. The well was drilled using the Valaris-owned DS-10 drillship.

The Graff-1 well has proved a working petroleum system for light oil in the Orange Basin, offshore Namibia, 168 miles from the town of Oranjemund. Drilling operations started in early December 2021 and were safely completed in early February 2022.

NAMCOR added that, in the coming months, it would perform extensive laboratory analyses to gain a better understanding of the reservoir quality and potential flow rates achievable.

“Whilst we can learn a great deal from the results of Graff-1, we anticipate that further exploration activity, including a second exploration well, will be required to determine the size and recoverable potential of the identified hydrocarbons,” the company said.

“We hope that this discovery puts to rest doubts about the hydrocarbon potential of Namibia and opens a new dawn in the country’s future prosperity,” Managing Director of NAMCOR Immanuel Mulunga stated.

It is worth noting that there have been 15 exploratory wells drilled offshore the country, according to Namibia’s Ministry of Mines and Energy.

TotalEnergies will be hoping for a similar result as it is also drilling a well nearby in Namibian waters. Namely, the French energy giant spudded the ultra-deepwater Venus-1X exploration well in December of last year. The well is being drilled using the Maersk Drilling-owned drillship Maersk Voyager.

The Venus-1X exploration well is set in Petroleum Exploration Licence 56 – Block 2913B. TotalEnergies is the operator of the block with a 40 percent interest. Its partners in the block are Impact Oil and Gas with a 20 percent interest, QatarEnergy with 30 percent, and NAMCOR with 10 percent.