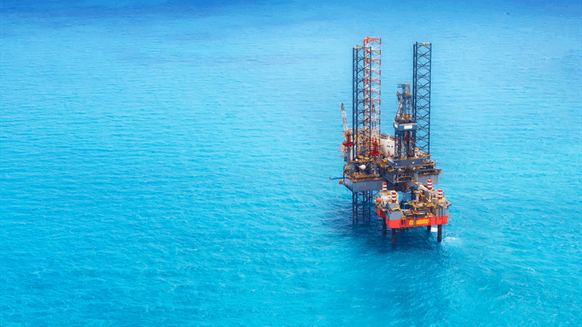 Grupo R has signed a contract with Shell Mexico for the lease of the La Muralla IV platform.

Grupo R has announced that it has signed a contract with Shell Mexico for the lease of the La Muralla IV platform to operate in the deep waters of the Gulf of Mexico.

The contract signed between Shell Exploracion and Extraction de Mexico and Grupo R will provide Shell with the drilling rig, as well as a support team to drill three wells (with the option of extensions) in deep water, according to Grupo R.

“We are proud that Shell has chosen Group R to provide the leasing services of the La Muralla IV deepwater drilling rig,” Grupo R President Ramiro Garza said in a company statement.

“For our group, this contract is proof that we are a growing company with the ambition and the ability to become an international marine drilling company,” he added.

Pablo Tejera Cuesta, the upstream director of Shell Mexico, said, “at Shell we are committed to promoting the development of a modern, innovative and competitive energy sector for Mexico”.

“With the hiring and promotion of Mexican companies with extensive experience and capacity for the exploration and extraction of hydrocarbons, we favor the generation of quality jobs and help promote the development of the economy,” he added.

David Stewart, global vice president of Shell deepwater wells, said, “we are convinced that by combining the experience of Grupo R with our global experience, we will contribute to the development of deepwater exploration in Mexico, always in line with the highest standards in industrial safety”.

Grupo R describes itself as a conglomerate of companies dedicated to the oil, gas and energy sector in Mexico. The company operates in the states of Campeche, Tabasco, Tamaulipas and Veracruz and is headquartered in Mexico City.

On January 30, Grupo R revealed that it had signed a marine and logistics drilling contract with Hokchi Energy, S.A. de C.V.