Shell is Wrong: Global Oil Demand Can Only Increase 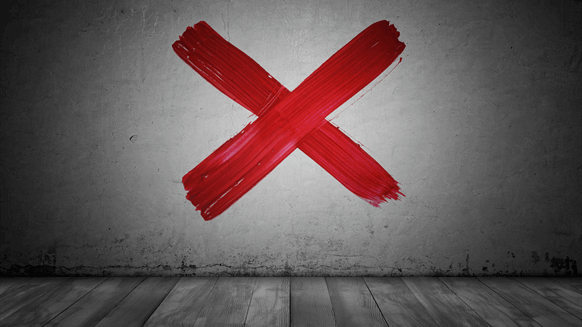 The great shale rise has put to bed the 'peak oil production' theory but it has not stopped the apparent new concern of 'peak oil demand.'

Bolstered by the U.S. shale revolution, global oil production has surged by over 20 percent in the past 15 years. The great rise has put to bed the “peak oil production” theory but it has not stopped the apparent new concern of “peak oil demand,” now portrayed as perhaps the main threat to the future of the world’s oil industry.

In fact, it’s hardly just anti-oil environmental groups; many of the major producers themselves (Royal Dutch Shell plc in particular) assert that global oil consumption will soon peak and thereafter begin its terminal decline. The basis of this belief is the growth of electric vehicle sales and the need to reduce oil use to combat climate change.

Yet for oil, what’s past is prologue: even with higher prices, both the Energy Information Administration (EIA) and International Energy Agency (IEA) modeling have repeatedly forecast more demand for as far as the eye can see. After all, oil is the world’s most important fuel, supplying 35 percent of all energy used. While the link between economic growth and oil use can be viewed from a variety of perspectives, the two clearly progress in tandem – a long studied link demonstrated in regression modeling and peer-reviewed studies.

Indeed, as the main energy source that powers the world’s economic engine, oil is so important that demand is ever-growing: 61 million barrels per day (MMbpd) in 1980, 77 MMbpd in 2000, and 100 MMbpd this year. Over the past 33 years, annual global oil demand has only failed to increase three times, tellingly all during times of economic recession. Looking forward, with no significant substitute whatsoever, there is simply no evidence that global oil demand will peak anytime soon. Around 85 percent of the global population lives in still developing nations, such as China, India, Pakistan, and Nigeria. They have huge populations, and their future transport needs contingent on more oil are just now coming to light.

These poorer countries naturally seek to become rich, and the West has shown them that the ascension from poverty begins as extensive petroleum-based transportation infrastructure gets constructed. These systems are capable of achieving massive economies of scale that provide large amounts of energy at low cost. Illustrating the high value of oil, the rich OECD nations constitute 46 percent of global use despite being just 15 percent of the population.

The numbers in oil’s favor are overwhelming. The global oil-based passenger vehicle fleet is around 1.5 billion, with 95 million new ones being bought this year alone. In total, there are less than 5 million electric cars in operation, a growing niche market but nowhere near lowering oil demand in any significant way. In fact, just achieving a 20 percent market share of total global car sales by 2040 would be a huge achievement for those running on electricity—but not nearly enough to significantly reduce oil needs since more oil-requiring planes and heavy-trucks will compensate.

Even with incentives and huge subsidies, electric cars are much more expensive than conventional oil-based ones. This is a major problem for the poorer nations that comprise nearly all of new oil demand in the world. With less than 1 percent of the global population able to afford them, electric cars truly are “toys for the rich.”

Ultimately, the fact remains: until we see an absolute decline in global oil demand over a number of years (not just a decline in incremental growth) the idea of “peak oil demand” is without substance. So, while it is understandable that oil titans like Shell want to position themselves as “natural gas majors” in the era of climate change and anti-carbon policies, they would be well advised to remember that oil’s future is pretty bright too.

Ed  |  November 27, 2018
Shouldn't the analysis include all fuels, oil, natural gas, solar, wind, etc ?
Robert A. Speir  |  November 23, 2018
I think you have made a good point that the idea of "peak oil demand" is as faulty as "peak oil production" was--at least in our lifetimes. Nevertheless, it is worth pointing out that the historic portion of the EIA chart you use shows that the "oil intensity" of our economy is steadily decreasing. Eyeballing the chart, you see that U.S. consumption in 1985 or so was about 2 million barrels per day per trillion dollars of GDP ($2010). Now, although our oil consumption continues to climb, the consumption rate is about 1.2 million barrels per day per trillion GDP $.
robert  |  November 22, 2018
Shell and other oil majors have to drill offshore to replenish their reserves and supply their customers. They are missing a once-in-a-lifetime opportunity to lock in low drillship rates for years to come.
Greg Moore  |  November 21, 2018
Paul - you bring up a good point about the Steam Engine. Many people in England believed that the increased use of the steam engine would reduce the need for burning Wood and Coal. It was the complete opposite. Coal use and wood use increased. The use of newer technologies will not reduce the need for oil & gas, looking back at history, we can probably plan on increased need for oil and gas. I would never say Shell is wrong and as Frederick stated, Shell probably has a plan that we are not seeing.
Paul Choate  |  November 21, 2018
Whether or not this is the inevitable path, based on a simple extrapolation of the mode of development in western countries in the 20th century to the emergence of the developing countries in the 21st, it doesn't remove the question whether this is the correct way to encourage development in these countries. Very often, followers adapt new technology paradigms that outperform those of predecessor societies. The steam engine was invented in England, but other nations forged forward with rail electrification while the UK struggled to convert its networks and rolling stock. I wouldn't mind betting that companies like Shell have a bigger plan in mind and one that could ultimately benefit a far larger proportion of humanity in ways that will prove less damaging to our global environment and more conducive to peaceful coexistence. At least, let's hope so.
George Dillman  |  November 21, 2018
In full agreement. The developing nations want the opportunity to improve their conditions. See Scott Tinkers “Switch” presentation. Also it is hard to imagine not just the mining/extraction process required but also the recycling/replacement demand for a billion EV. Finally, what energy source will fuel that effort and all the steps leading up to “driving off the the lot”.
Brian  |  November 21, 2018
Excellent article
Frederick Wiegand  |  November 21, 2018
Oil and gas are like gold dust in the seabed: it is there, but is expensive to bring to the surface and process it for consumer use. I do NOT think that Shell is "wrong". The problem with predicting the prices of crude oil and natural gas are political-origin problems. That is why so many drilling companies go broke.
RELATED COMPANIES
Company: Royal Dutch Shell plc more info