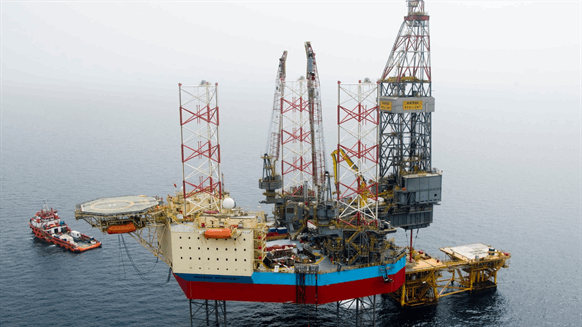 Oil and gas supermajor Shell has encountered gas in the Pensacola high-impact well in the Southern North Sea.

Oil and gas supermajor Shell has encountered gas in the Pensacola high-impact well in the Southern North Sea.

The Pensacola exploration well, otherwise designated as 41/05a-2, on the P2252 license is operated by Shell which has a 65 percent interest.

Shell is partnered with Deltic Energy which holds 30 percent and ONE-Dyas which holds the remaining 5 percent of working interests.

Deltic Energy, the partner in the project, said in a statement that Shell, as the operator of the Pensacola exploration well reported that gas had been encountered in the reservoir and had recommended to the joint venture partners that a full well testing program be undertaken.

According to the company, the JV endorsed the operator's recommendation to undertake a full well test to evaluate the commerciality of the Pensacola prospect and update the geological model.

Deltic added that it would provide a drilling update announcement in respect of Pensacola on completion of well testing which is expected to take approximately 30 days.

“We are very pleased to have encountered hydrocarbons in the Pensacola exploration well at this intermediate stage of well operations. We now look forward to working with the operator on the well testing program and will update the market once that program is completed,” Graham Swindells, Chief Executive of Deltic Energy, said.

As for Pensacola, it is a Zechstein Reef prospect in the Southern North Sea. The prospect is located west of the Breagh gas field. Shell spudded the Pensacola well in November 2022, using the Noble Resilient jack-up rig, previously known as the Maersk Resilient.

In previous statements, Deltic stated that the prospect could contain gross P50 Prospective Resources of 309 billion cubic feet of gas, with a 55 percent geological chance of success. This, Deltic believes, would put Pensacola as one of the highest-impact exploration targets to be drilled in the gas basin in recent years.

When it wraps up operations, Noble Resilient will start a new contract for a four-well intervention with Ineos in the UK part of the North Sea. The value of the deal is in the region of $5.5 million.