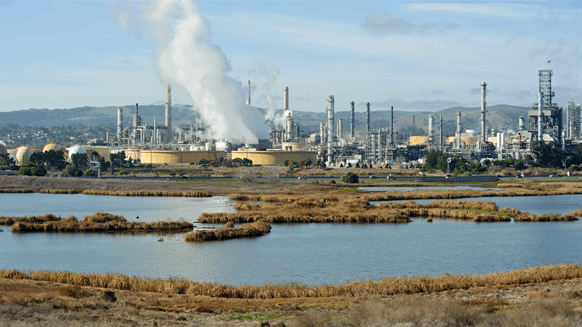 PBF acquired the Bay Area refinery and inventory for $1.2 billion.

PBF acquired the Bay Area refinery and the facility’s inventory for $1.2 billion, and the deal includes crude oil supply, product offtake agreements and other adjustments, Shell added. As a June 12, 2019, Rigzone article announcing the transaction points out, the Martinez facility was Shell’s only refinery in the Golden State. The deal gives PBF its second refinery on the West Coast.

“The acquisition of Martinez is a significant strategic step for PBF as we expand our West Coast operations,” commented PBF Chairman and CEO Tom Nimbley in a separate written statement. “Martinez is a top-tier asset, is a perfect complement to our existing assets and provides increased opportunities for PBF’s West Coast to deliver value.”

According to Shell, crude supply and product offtake agreements from the sale will enable PBF to supply Shell-branded businesses with Shell-branded fuels. The supermajor added that the deal excludes its associated branded fuel businesses, aviation terminal and Catalysts business in the area.

Shell stated that its presence in California will focus on Upstream and New Energies business investments. It also noted that local employees providing dedicated support to the Martinez facility were all offered employment with PBF.

“We welcome Martinez’s professional workforce to the PBF family,” said Nimbley. “We are committed to maintaining the high operational standards of the refinery and, through continued safe, reliable and environmentally responsible operations, earning the privilege of being a respected member of the Martinez and Contra Costa County communities.”

Hans D Linhardt  |  February 06, 2020
Congratulations ! With Torrance and Martinez PBF now should have best economics to process Kern County CA heavy crude with to gasoline, diesel and jet fuel. The next step should be consideration of hydrogen, steam and power generation from petcoke and also steam and power for steam flooding and refining in Kern County. Best,Hans D. Linhardt, P.E.
RELATED COMPANIES
Company: Shell more info