Shale Has Delinked US Oil and Gas Prices 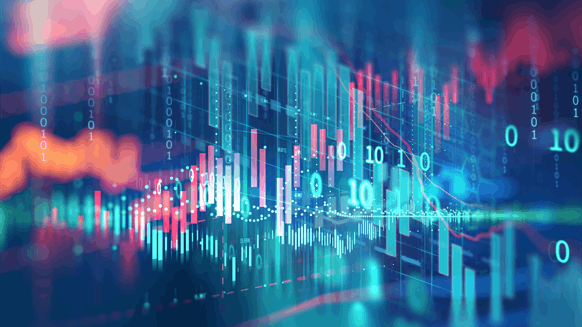 These two sources of energy are intrinsically linked, and together supply over 60 percent of U.S. and global energy.

The relationship between crude oil (WTI) and natural gas (Henry Hub) prices has long been an essential one. These two sources of energy are intrinsically linked, and together supply over 60 percent of U.S. and global energy. Especially over the past decade, oil and gas are being produced by the same companies. Even the oil majors like Shell and ExxonMobil are increasingly positioning themselves as gas giants. They realize, of course, that gas is the centerpiece strategy around the world to cut greenhouse gas emissions, backup wind and solar, and provide reliable and affordable energy.

As for the fundamentals, where oil is found natural gas is also found, and vice versa. “Associated gas” comes along as basically a “free” byproduct of crude extraction, with “associated oil” coming along with gas. For consumption, while oil no longer competes in the main demand sector for gas, power generation, lower cost natural gas liquids such as ethane are coming to displace naphtha from crude utilized in industrial and manufacturing processes.

Seen in the graphic below, the diversion between oil and gas prices came in 2008-2009. This is right when the U.S. shale oil and gas revolution took off, when the deployment of hydraulic fracturing and horizontal drilling technologies became widespread. So just looking over this century, there have really been two distinct periods for oil and gas: the “pre-shale era” (2000-2008) and the “shale era” (2009-present). We can measure the oil and gas price disconnect over the past 20 years. Before 2009, for instance, the price of oil was nine times higher than natural gas. This is about normal because there is almost six times more energy in a barrel of oil than an MMBtu of gas. In the shale era since, however, oil has been nearly 25 times more expensive than gas. While not exactly a cause-and-effect indicator, the correlation coefficient (R) calculates the strength of the relationship between the movements of two variables (measured from -1 to +1). In the shale era since 2009, the R between oil and gas prices has been +0.45, well below the +0.75 R seen pre-shale. Thus, although it has stayed a positive one, the relationship between oil and gas pricing has weakened over the past decade.

This is all noteworthy because both U.S. oil and gas production have boomed since 2009. Domestic crude output has risen 150 percent, with gas up 60 percent. The vital difference between these two commodities, however, is that oil is easily transportable and therefore sold on an immense international market with linked prices. For oil consuming nations, outside forces and decisions reverberate around the world. The U.S. shale oil boom is simply not able to shelter the domestic market like shale gas has. Gas remains a regional product with distinct markets: over 70 percent of the world’s oil usage is internationally traded, versus just 30 percent for gas.

Looking forward, higher oil prices will generally mean lower U.S. gas prices. That is because of the Permian basin in West Texas, the largest oil field in the world. Higher prices will lead to more oil drilling and more associated gas supply. To illustrate, despite not having a single gas-directed rig in 16 months, the Permian now accounts for almost 20 percent of U.S. gas output. In the reverse, lower oil prices can lift gas prices by lowering gas production. The reality is that gas remains a secondary resource to oil, and its market is just too small to have a material impact on oil prices.

More U.S. LNG, however, will continue to gradually change oil and gas price dynamics. Although it now accounts for just 15 percent of global gas use, the expanding LNG trade is evolving gas into a global commodity like oil. Now in third place, the U.S. is expected to become the largest LNG seller within five years. Especially since our spot sales are highly attractive, this will give outside events greater influence on domestic gas prices. With isolation for the U.S. natural gas market slowly fading, there is good news in keeping prices low for consumers. The U.S. Department of Energy expects another 20-25 Bcf/d of domestic shale gas production through 2040 and even more beyond.

Shawn Newton  |  December 07, 2019
Nothing but excessively greedy oil and gas companies gauging us making billions a year yet getting subsidies at taxpayers expense. We need a second Revolutionary War.
Roy Vawter  |  December 06, 2019
I question whether Shale Oil production had anything to do with the long term disconnect between oil and natural gas prices. The glut of natural gas that has resulted from conventional, and Shale Gas sources in the Eastern US has led to the decline in prices. The Piceance Basin is a good example and why producers are looking toward foreign markets through LNG exports. Set me straight if I am wrong.
Vangel Vesovski  |  December 06, 2019
There is no revolution. The shale sector has destroyed approximately $250 billion of capital so that it can sell shale oil and gas at a loss. That is called a Ponzi scheme. The issue is not a problem with fracking. It is with drilling unproductive areas in order to sell production increases regardless of what that does to cash flows and economic (versus accounting) profits.
RELATED COMPANIES
Company: Exxon Mobil Corporation more info
Company: Royal Dutch Shell plc more info