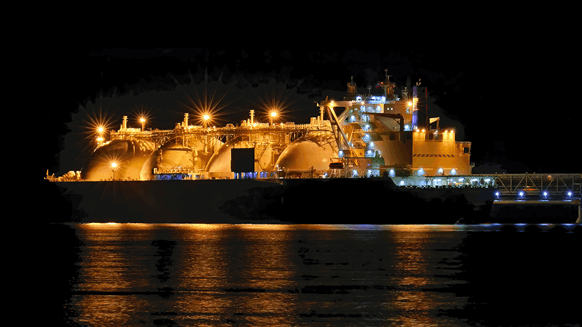 Sempra Infrastructure and ConocoPhillips have executed a 20-year Sale and Purchase Agreement for five million tons per annum of LNG.

The companies have also entered into an equity sale and purchase agreement that will see ConocoPhillips acquire 30 percent of the equity in Phase 1 of Port Arthur LNG, and a natural gas supply management agreement where ConocoPhillips will manage the feedgas supply requirements for Phase 1 of the proposed liquefaction facility, Sempra revealed.

Under development in Jefferson County, Texas, the Port Arthur LNG Phase 1 project is permitted and expected to include two natural gas liquefaction trains and LNG storage tanks and associated facilities capable of producing, under optimal conditions, up to approximately 13.5 Mtpa of LNG. Sempra Infrastructure recently announced that it is expecting to make a final investment decision for Phase 1 of the liquefaction project in the first quarter of 2023. Development of Phase 1 of the Port Arthur LNG project is contingent on completing the required commercial agreements, securing all necessary permits, obtaining financing and reaching an affirmative final investment decision, among other factors, Sempra noted.

“At Sempra, we certainly believe that great projects are the result of great partnerships,” Jeffrey W. Martin, the chairman and chief executive officer of Sempra, said in a company statement.

“That is why we are excited to announce a broad strategic relationship with ConocoPhillips, which has a growing global footprint across the LNG value chain. Together, we have a shared view of the role this facility can play in supporting global economies with energy supplies that advance both energy security and environmental goals,” he added.

Commenting on the deal, Ryan Lance, the chairman and chief executive officer of ConocoPhillips, said, “we are excited to partner with Sempra, and our participation in the Port Arthur LNG project will further enhance our portfolio as we continue to respond to global demand for reliable supply of natural gas”.

“Sempra has a demonstrated track record of success and shares our commitment to a lower-carbon future,” he added.

Earlier this month, Sempra Infrastructure announced that it had entered into a heads of agreement (HOA) with Williams for the offtake of LNG and development of associated natural gas pipeline projects “to further connect abundant U.S. natural gas supplies in the Gulf Coast region to markets around the world”. The HOA contemplates negotiation and finalization of two 20-year long-term sale and purchase agreements for approximately three Mtpa of LNG in the aggregate from the Port Arthur LNG project and the Cameron LNG Phase 2 project under development in Hackberry, Louisiana, Sempra highlighted.