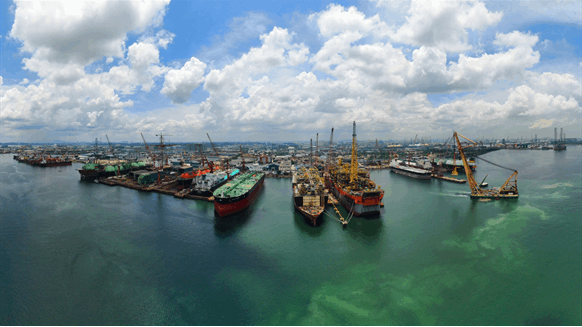 Sembcorp Marine has decided to directly buy Keppel's offshore and marine unit for $3.19 billion instead of pursuing a merger any further.

Sembcorp Marine has decided to directly buy Keppel’s offshore and marine unit for $3.19 billion instead of pursuing a merger any further.

Sembcorp said that, since announcing the proposed combination in April, conditions in the O&M sector have improved, as evidenced by the recent orders won by both companies.

However, macroeconomic conditions have deteriorated at the same time amidst elevated levels of inflation and continued interest rate increases by major Central Banks.

Amidst these volatile and uncertain times, the parties believe that it is critical for the proposed combination to be completed as soon as possible so that the benefits of an enlarged entity can be realized sooner. Besides the expected synergies, an enlarged Sembcorp Marine will be in a better position to deal with the above challenges and compete against the global competition.

“With the proposed combination, we hope to preserve Singapore’s marine and offshore engineering ecosystem and the industry’s core capabilities developed over the decades by two homegrown companies that have become established global players.”

“An enlarged Sembcorp Marine is better positioned to advance Singapore’s O&M and maritime interests and augment the sector’s potential as a growth engine for the economy, providing jobs and business opportunities; as well as spearhead the nation’s expansion into the adjacent offshore renewables and new energy markets, in tandem with the global transition to a low-carbon economy,” Tan Sri Mohd Hassan Marican, Chairman of Sembcorp Marine, said.