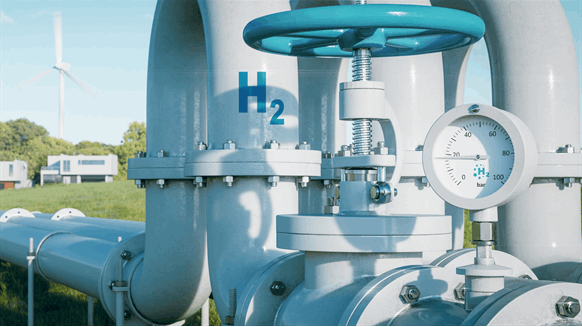 Sembcorp Industries has entered strategic partnerships with the Japanese government and various corporations to progress hydrogen and other decarbonization initiatives.

Sembcorp Industries has entered strategic partnerships with the Japanese government and various corporations to progress hydrogen and other decarbonization initiatives.

As a leading producer of renewable energy and the largest importer of natural gas in Singapore, Sembcorp is well-positioned to support the Singapore government’s newly outlined approach to develop hydrogen as a major decarbonization pathway.

The collaborations signed today will enable Sembcorp to access and leverage Japan’s highly advanced technology in hydrogen development and deployment.

The partnerships inked include an MOU with the Japan Bank for International Cooperation with a focus on green hydrogen and ammonia; an MOU with Sojitz to partner on new renewable energy projects, including green hydrogen production, battery energy storage systems, and net-zero industrial parks in Asia Pacific; an MOU with IHI to collaborate on an integrated green ammonia supply chain, both upstream and downstream; advancing the development of hydrogen imports via methylcyclohexane, a type of liquid organic hydrogen carrier with the start of pre-FEED studies.

The final agreement is a key milestone under the MOU with Mitsubishi and Chiyoda signed in October 2021.

The MOU with JBIC was signed on the sidelines of the opening day for the Singapore International Energy Week, witnessed by Second Minister for Trade and Industry of Singapore Tan See Leng, the Ambassador of Japan to Singapore Hiroshi Ishikawa, Managing Director and Chairman of the Board of JBIC Tadashi Maeda, and President and CEO of Sembcorp Wong Kim Yin. This was followed by the presentation of signed MOUs between Sembcorp and the other Japanese partners to Minister Tan and Ishikawa.

“The partnerships forged today align with Sembcorp’s brown to green transformation and will enable us to play a pivotal role in the decarbonization of various industries, including power. We are pleased to be the first Singapore company partnering JBIC on exploring hydrogen and its derivatives as the most promising substitute for natural gas. Our new energy collaborations with Japan’s leading corporations will benefit from JBIC’s support and will also leverage our proven expertise in renewables to support Singapore’s ambitions to form and scale up low-carbon hydrogen supply chains. Sembcorp remains committed and is well-placed to enable the nation’s transition to net-zero emissions," Wong Kim Yin, Group President and CEO of Sembcorp Industries, said.

Singapore’s power sector currently makes up 40 percent of the nation’s total carbon emissions. Hydrogen is the most promising alternative fuel to natural gas, which addresses 95 percent of the country’s energy needs today. Sembcorp’s various partnerships inked today will underpin the Singapore government’s ambitions for low-carbon hydrogen to potentially support up to 50 percent of its power needs by 2050.