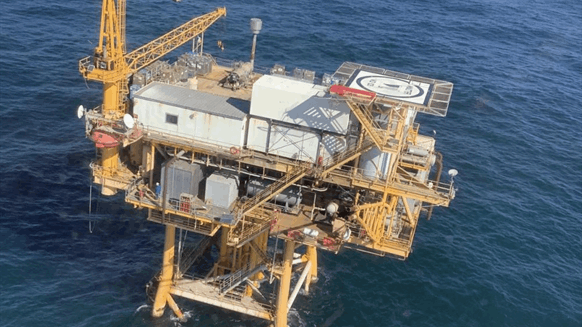 Following an intense search, the U.S. Coast Guard has decided to suspend the search for four people in a helicopter that crashed in the GoM while departing from an oil platform.

Following an intense search, the U.S. Coast Guard has decided to suspend the search for four people in a helicopter that crashed in the Gulf of Mexico while departing from an oil platform.

The U.S. Coast Guard found small parts of a helicopter that crashed into the Gulf of Mexico on Thursday morning about 10 miles off the mouth of the Mississippi River's Southwest Pass but had not located the four people who were aboard.

One passenger was identified by his wife as David Scarborough, an offshore oil worker who was returning after a two-week shift. The identity of the pilot and other passengers was not released.

Coast Guard District Eight watchstanders received a call at approximately 8:40 AM local time. The Coast Guard dispatched an MH-60 Jayhawk helicopter from New Orleans and a small boat from its Venice station on Thursday morning to search for the helicopter and missing people in the Gulf near the Walter platform. Hernandez said the helicopter was owned by Rotorcraft Leasing.

An oil platform stands in the Gulf of Mexico after a helicopter carrying four people crashed upon leaving a platform about 10 miles from Southwest Pass, a shipping channel of the mouth of the Mississippi River, on Thursday, Dec. 29, 2022.

The Coast Guard decided to suspend its search Thursday night for the four missing people from the crash. The agency said it spent eight hours scanning about 180 square miles and found some debris from the downed aircraft but no survivors or bodies.

“It is always a difficult decision to suspend a search,” said Lt. Cmdr. Kevin Keefe, Coast Guard Sector New Orleans search and rescue mission coordinator. “Our deepest sympathies and condolences go out to the family and friends during this difficult time.”

It is worth reminding that another of Rotorcraft's helicopters crashed about 30 miles offshore of Terrebonne Bay on December 15, and all three people aboard were rescued by the Coast Guard, with only minor injuries reported. The chopper crashed during its attempt to land on an oil rig.

Before this, the Coast Guard medevacked a 60-year-old male worker from a Transocean-owned drillship located 189 miles south of Port Fourchon. Also, an injured crewmember was medevacked from an oil tanker some 58 miles offshore Southwest Pass, Louisiana.