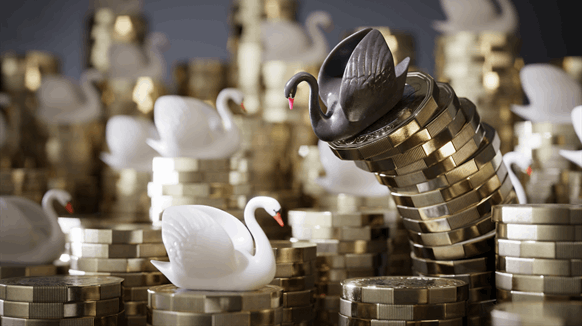 The 1Q results also include a $8.5B pretax charge, driven by the sharp decline in market valuations.

Schlumberger saw its first-quarter revenue of $7.5 billion sink 9% sequentially and 5% year-on-year as the global health and economic crisis ravaged the oil industry activity during the quarter. This was sharply amplified by a tense battle for market share between the world’s largest oil producers.

“This double black swan event created simultaneous shocks in oil supply and demand resulting in the most challenging environment for the industry in many decades,” CEO Olivier Le Peuch said in a statement.

“Customer spending and drilling activity in North America declined as oil prices slipped early in the quarter before falling abruptly in March. This resulted in a 7% sequential decrease in North America revenue to $2.3 billion as we accelerated our land strategy to high-grade our portfolio and resized our operational footprint. International activity, expected to be seasonally lower sequentially, suffered from COVID-19-related activity disruptions and initial customer spending cuts in response to falling oil prices. International revenue of $5.1 billion declined 10% sequentially.”

Other 1Q highlights include:

The company’s 1Q results also include a whopping $8.5 billion pretax charge, driven by the significant decline in market valuations during March 2020, according to the company.

“To reinforce our cost control and cash discipline, we are reducing our structural and variable costs, and restructuring our organization to match activity where necessary, including furloughing personnel, cutting salaries, lowering headcount, and closing facilities. In addition, our board and executive officers have voluntarily agreed to reductions in their cash compensation. We have reduced our capital investment program by more than 30% and will allocate resources to the more resilient markets while remaining focused on capital stewardship and maintaining our commitment to a strong balance sheet.”

Schlumberger has also elected to reduce its dividend by 75% as part of the broad effort to save cash.

As market conditions begin to stabilize the “back to basic’s” approach should benefit market share during difficult times, James West, Evercore ISI, said in an April 17 research note.

"The company is quickly becoming more asset light, free cash flow generative as a percentage of revenue, and a key leader in the industry’s digital transition," West added. "The company has fully embraced the key tenets of the OFS Pledge; lowering capital intensity, driving returns higher, and exiting commoditized businesses – we applaud all of these moves. This shift should guide them well during the downturn. The international markets--SLB’s backyard--should stabilize later this year at elevated levels compared to North America, which plays into Schlumberger’s strengths."