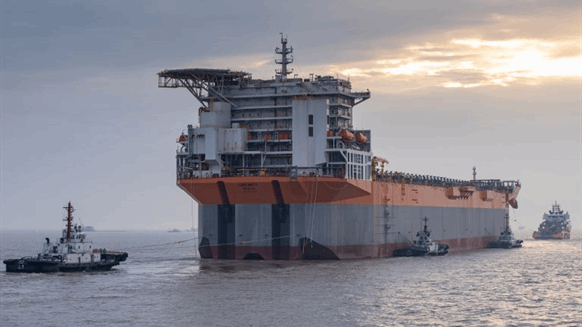 The multipurpose floater (MPF) hull was completed in less than two years and allocated to the Liza Unity FPSO, which will be deployed in ExxonMobil’s Stabroek block offshore Guyana.

In December, Rigzone visited the Chinese shipyards to tour three hulls being constructed, the Liza Unity being one of them.

The FPSO is designed to produce 220,000 barrels of oil per day and be able to store 2 million barrels of crude oil.

“The hull’s arrival represents a significant milestone on the path to delivering the company’s first standardized FPSO,” SBM Offshore said. “This milestone is in line with our client’s project schedule, which targets Liza Phase 2 start-up in early 2022.”