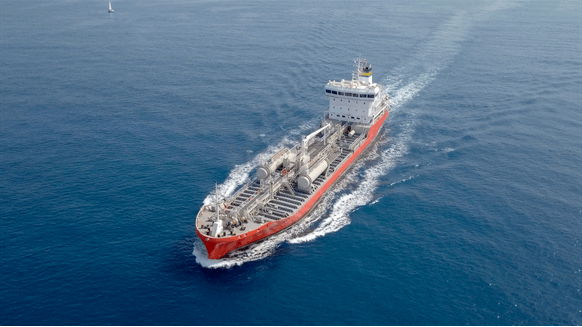 Whenever oil prices head lower for what is perceived to be a finite period of time, crude traders tend to go for contango plays. It is a market structure conveying expectations that the future price will be higher than the current spot price. For decades, whenever such a situation or the possibility of it has arisen, traders have hoarded oil, often in floating storage, hoping to sell it for higher prices further down the line.

The current state of the oil market, unprecedented though it is with front-month futures lurking at 18 to 19-year lows, is no exception. A belligerent Saudi Arabia is determined to move record cargoes following the dramatic collapse of OPEC+ on March 6. After Russia rebuffed Saudi demands for a 1.5 million barrels per day (bpd) output cut in the wake of the global coronavirus outbreak that has hammered demand like never before, an indignant Riyadh has gone into pumping overdrive and market discounts.

The ‘crude’ vessels of choice for the Saudis looking to move crude cargoes, as well as traders seeking floating storage, are Very Large Crude Carriers (VLCCs) capable of holding and shifting 2 million barrels. A true market shock arrived after Saudi Arabian shipping company Bahri chartered 19 VLCCs from the spot market to move Aramco cargoes as Riyadh pledged to pump 12.3 million bpd from April 1; an increment of 3 million bpd on the restrained levels seen prior to the collapse of OPEC+.

That call is on top of 42 VLCCs Bahri already owns. Paradoxically, noticing the staggering scale of Saudi short-term ambition, and its massive bearish impact on a coronavirus impacted market, traders have also doubled up on their calls for VLCCs. The end product is an exceptionally barmy market.

Around 60 have been taken up to dispatch cargoes from the Middle East to Asia and even more stupendous prices are surfacing. According to Tankers International, Indian refiner Reliance has agreed to pay nearly $411,000 per day for VLCC Princess Mary to load 270,000 tons of crude from the Middle East around April 2, for a dispatch to the west coast of India.

Reliance declined comment as the deal is yet to be concluded. However, if the transaction is approved, comparing near like-for-like cargo dispatches on similar maritime corridors from the Middle East to Western India, it represents a staggering 1,727% rise on quotes received less than six weeks ago! Worryingly, the high tanker leasing rates are persisting despite U.S. sanctions related to Iran being lifted on a unit of Cosco, China’s largest tanker owner.

Neither does the market need this much crude oil nor can it possibly sustain such high tanker rates. However, contango enthusiasts appear to be off on a journey of their own. Most are looking to "do a Gunvor", a famous contango play by the world's largest independent oil trader.

Back in 2008-09, the company netted over $600 million in profits as the oil price first rose to $144 per barrel then slumped to $37, and subsequently doubled when the financial crisis showed signs of receding. All the while Gunvor raked in bumper dollars via lock-ins taken in December 2008 with a six month forward sale.

The coronavirus outbreak is an entirely different matter with no guarantee of a six-month turnaround in oil prices, and certainly not to the heights seen in the immediate easing of the financial crisis with the Saudis in a belligerent mood to pump like there is no tomorrow.  Dr Carole Nakhle, Founder and Chief Executive Officer of energy consultancy Crystol Energy, says the current situation is unsustainable.

“Spot prices have been hit hard. Admittedly, much of the crude oil is on its way to storage. If the current oversupply continues, we would expect the contango to decline as people realize that the oil glut is here to stay; and then VLCC rates to come down as storage fills up and crude producers start to cut.”

Even the Saudis are belatedly realizing the extent of the current tanker pricing craziness partly of their own making. In a client note sent on Wednesday (March 18) seen by Reuters, Aramco told its European customers, some of whom it offered as much as $8 per barrel discounts on its official selling price (OSP), that it will reduce compensation payments for freight on account of “extraordinary conditions” in the market.

“In a reference to a Saudi Aramco Freight Protection Policy, kindly note that due to current extraordinary freight market conditions, the freight protection calculation will be limited to 10% of the Saudi Aramco official selling price (regional price marker + monthly differentials),” it said.

By all accounts, the current market situation has some way to run. In the interim VLCCs will remain hot property.