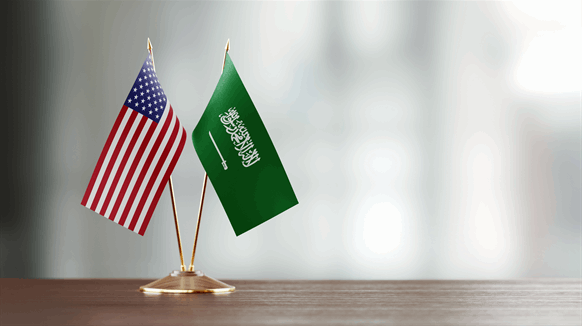 Saudi Aramco announces commercial partnerships worth over $10 billion with 14 American companies during the Saudi-US CEOs forum held in New York.

Saudi Aramco has announced commercial partnerships worth over $10 billion with 14 American companies during the Saudi-US CEOs forum held in New York, which aims to promote bilateral business and cooperation between the two countries.

The partnerships included collaborations with a number of oil and gas companies, as well as Google, National Geographic, and the Smithsonian Institute. The full list of deals with oil and gas related companies can be seen below:

“We have enjoyed a long and successful relationship with our US partners since the discovery of oil in Saudi Arabia more than 80 years ago,” Saudi Aramco President and CEO, Amin H. Nasser, said during a speech at the forum.

“The growth of Saudi Aramco`s operations and the strategic roll out of Saudi Vision 2030 will provide multiple opportunities for strengthening our collaboration and partnerships,” he added.

Cooperations between #Saudi_Aramco and US companies strengthen the company’s leading position in the energy and chemicals sector and highlights its key role in developing global business opportunities#CrownPrinceinUSA pic.twitter.com/jE06EjMUyz

During the forum, Nasser also discussed Saudi Aramco’s work on giga projects around the world.

“We are executing currently multiple in parallel. We’re executing mega projects, or giga projects, in the kingdom and outside Saudi Arabia,” Nasser said during a panel discussion at the forum.

“Today we have execution of projects in Malaysia…we have projects in China, we’re looking at projects in India right now,” he added.