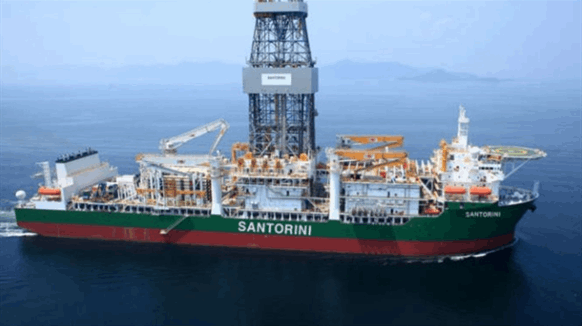 Saipem (SPM.MI) reported Tuesday that it is expanding its fleet of offshore drilling units via its recently signed bareboat charter of a new Samsung Heavy Industries Co. (KRX: 0100140) drillship.

The approximately two-year charter of the Samsung Santorini drillship – slated for delivery this November – will enable Saipem to make its fleet more competitive without investing in new assets, Saipem noted in a written statement. However, the firm added the rental contract does include the option to purchase the seventh-generation drillship from Samsung.

“Samsung Santorini enters the Saipem fleet with an innovative rental agreement and expands its offer with one of the best latest-generation drillships, capable of carrying out operations with the best safety standards and protection of the surrounding marine environment,” remarked Marco Toninelli, chief operating officer of Saipem’s Offshore Drilling unit.

Samsung Santorini boasts two seven-cavity blowout preventers, which Saipem noted represents the highest standard for ultra-deep-water drillships. The company added the vessel will use the latest digitalization and automation technology and operate in water depths up to 12,000 feet (3,658 meters). A Samsung Heavy specification sheet on the company’s website also points out the rig can drill to 40,000 feet (12,186 meters).

“Santorini increases our production capacity and allows us to meet the demand for new contracts at a stage in which Saipem’s current offshore drilling fleet has almost full contractual coverage for the next few months,” commented Toninelli.

In September 2019, Transocean (NYSE: RIG) revealed that its subsidiaries were relinquishing interests in the Santorini and another drillship while the vessels were under construction. Earlier this month, Transocean stated that it expects the first of two drillships on order from Sembcorp Marine by year's end.