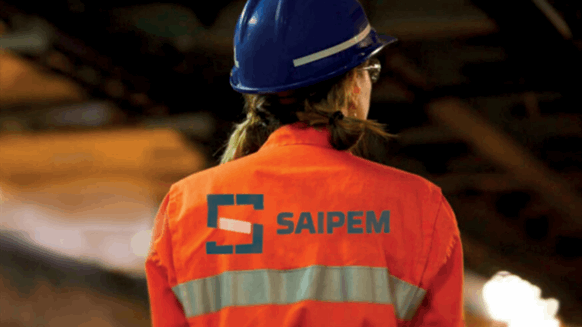 Saipem has exercised its purchase option concerning the seventh-generation Santorini drillship for a price tag of $230 million.

Saipem has exercised its purchase option concerning the seventh-generation Santorini drillship for a price tag of $230 million.

The Santorini drillship is already operating within the Saipem fleet by way of a long-term charter agreement signed with Samsung Heavy Industries in 2021. Saipem said that the exercise price of $230 million must be paid by the end of 2022.

The Santorini, whose construction was completed in 2021, is a technologically advanced vessel, equipped with two seven-cavity Blow Out Preventers (BOP), the highest standard for ultra-deepwater drillships, state-of-the-art operations automation systems, and the latest solutions to optimize environmental impact.

According to data provided by the Italian company, the vessel is currently in operation in the United States part of the Gulf of Mexico. It is operating under a contract with Eni expiring in the third quarter of 2023.

“After the Saipem 10000 and Saipem 12000, the fruitful collaboration with Samsung Heavy Industries is once again reaffirmed,” Saipem stated.

It continued by saying that the investment decision is based on an expected return on investment (IRR) of over 15 percent, with a payback period of five years, estimated on the existing contract which is covering most of the next financial year and Santorini's commercial prospects.

The backlog of Saipem's offshore drilling activity to date amounts to around $1.5 billion, the highest value in the last six years. Existing contracts – including optional periods – result in a fleet commitment of about 80 percent for 2023 and about 60 percent for 2024.

Saipem carried on by stating that the results and business prospects were determined by the favorable trend in demand in the offshore drilling segment and in particular deepwater. The significant growth of the deepwater market now offers interesting opportunities for the deployment of the fleet, both in markets where Saipem is traditionally present such as Africa and the Mediterranean and in segments where the supply of ultra-deepwater drilling rigs is already close to saturation such as the Gulf of Mexico.

Also, the level of daily market rates for seventh-generation drillships, which continue to show a robust growth trend, are estimated at around $400,000 per day in 2022 and are expected to grow to levels above $450,000 per day by 2025.

The company claimed it was in commercial discussions with major clients in areas of potential use of the Santorini, for which developments are expected in the short term.

Saipem concluded by stating that the investment in the Santorini will be financed entirely from available cash.