Saipem Bags Deal Worth Near $1B 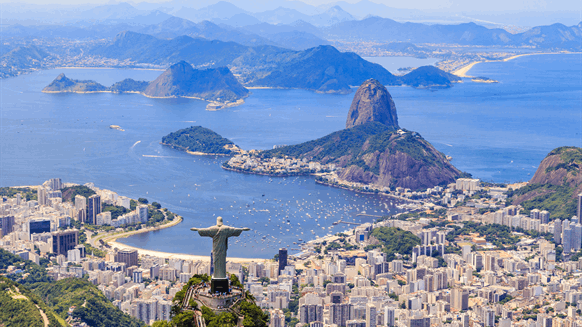 The deal comprises a SURF EPCI contract for the installation of a rigid riser-based subsea system for Buzios 7.

Saipem has revealed that it has been awarded a new offshore contract by Petrobras, worth approximately $940 million, for the Buzios 7 project in Brazil.

The deal comprises a SURF EPCI contract for the installation of a rigid riser-based subsea system for Buzios 7, Saipem highlighted. Saipem’s work scope under the deal includes the engineering, procurement, construction and installation of the steel lazy wave risers (SLWR) and associated flowlines interconnecting 15 subsea wells to the FPSO, together with the related service lines and control umbilicals. The company outlined that it will also be responsible for the provision and installation of the FPSO anchors and for the hook up of the FPSO at field.

“This project is a further important evidence of a new investment cycle and of Saipem's competitiveness in projects with a high technological content,” Francesco Caio, the chief executive officer and general manager of Saipem, said in a company statement.

“The contract also confirms the trust placed in Saipem by major clients such as Petrobras for the realization of projects central to their strategies, as well as it confirms the solid position of the company in geographic areas with significant development prospects,” Caio added in the statement.

In July last year, Saipem was awarded a contract by Petrobras for the Buzios 5 project for the EPCI of the SLWR and associated flowlines between all wells and the FPSO. The scope of work for this project included five production and five injection risers and flowlines for a total length of 36 miles, a 10 mile gas export line to be connected to an existing pipeline, 11 rigid jumpers and 21 foundation subsea structures, Saipem revealed in a company statement at the time.

Last month, Saipem was awarded new onshore drilling contracts in the Middle East and South America. The contracts were said to be worth a total of $70 million. The company also signed a cooperation agreement with the Italian start-up WSense to develop complex communication networks for subsea drones.

Saipem describes itself as an advanced technological and engineering platform for the design, construction and operation of complex, safe and sustainable infrastructures and plants. Petrobras is one of the largest producers of oil and gas in the world, primarily engaged in exploration and production, refining, energy generation and trading.