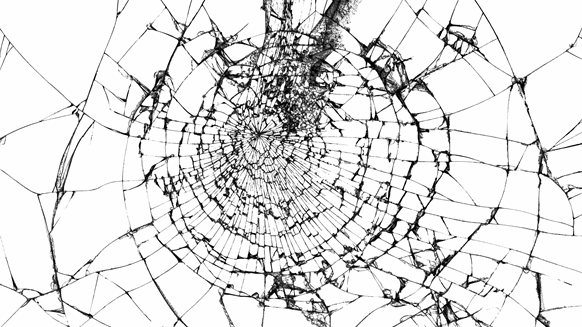 As the biggest disruption to Russian oil flows in decades draws to a close, the country's European market looks remarkably unscathed, but its pipeline operator bears a few scars.

(Bloomberg) -- As the biggest disruption to Russian oil flows in decades draws to a close the country’s European market looks remarkably unscathed, but its pipeline operator bears a few scars.

For Transneft PJSC -- the giant company that runs enough pipes to wrap five times round the Earth -- the worst didn’t happen. There’s little sign that buyers are turning away from Russian crude, despite the crucial Druzhba supply network being shut down for weeks by chemical contamination.

Yet the relief of retaining customers will be tempered by large compensation claims yet to be resolved, and potentially costly changes happening in Transneft’s domestic operations.

The Druzhba incident “exposed weak links in the Russian oil transportation system,” said Vitaly Yermakov, senior research fellow at the Oxford Institute for Energy Studies. The way Transneft responds “will become a litmus test” for the company and Russian energy regulators, he said.

The Druzhba crisis started small, with warnings in April about high levels of organic chlorides in Belarus’s portion of the pipeline. But it rapidly morphed into an international incident. It emerged that Russia, which has always prided itself on being a reliable energy exporter to Europe, had pumped millions of barrels of tainted oil to customers.

The mistake brought the country “very serious damage” economically, financially and in terms of public image, according to President Vladimir Putin.

“It’s the first time we are facing such a situation,” Transneft spokesman Igor Dyomin told Bloomberg. “It’s still too early to make any wrap-up analysis but we’ll definitely do it.”

Responsibility for fixing the crisis fell on Transneft, which manages a network of almost 69,000 kilometers (42,900 miles) of trunk pipelines that link up to Europe in the west and China in the east. In the weeks since the contamination first emerged, it has scrambled to remove tainted crude, get clean oil flowing again and reassure customers that losses will be covered.

Transneft hasn’t yet given an estimate for the cost of that pledge. The sole benchmark for the potential financial fallout is an agreement between the pipeline operator and its counterpart in Kazakhstan. Some supplies from the Central Asian nation were also contaminated because it sends crude through the Russian network to the Baltic port of Ust-Luga.

Transneft estimates that 22.2 million barrels of oil were contaminated by across all affected countries. If the compensation rate paid to Kazakhstan of $15 a barrel were applied to all of this crude, it could amount to hundreds of millions of dollars.

While the costs of the crisis remain uncertain, the impact on the oil market has eased considerably.

Transneft started gradually resuming clean crude shipments in May, and from July 1 customers’ delivery requests were being “fully met.” That means Germany, Hungary, Poland, Slovakia and the Czech Republic should once again be receiving about 4 million tons of clean oil every month via Ukraine and Belarus, Transneft said.

The problem isn’t entirely resolved. Crude flows in Poland and the Czech Republic were briefly halted last month when excess organic chlorides were detected again. On Friday, Royal Dutch Shell Plc’s PCK Schwedt plant stopped taking Russian pipe oil for the same reason, switching to supplies via the German port of Rostock. Druzhba flows to the facility resumed Saturday, according to two people familiar with the matter who asked not to be identified.

Overall, the European market showed resilience to the Druzhba disruption, said the Oxford Institute for Energy Studies’ Yermakov. Affected countries were able to tap oil inventories to ensure refineries continued to work, he wrote in a June research paper.

Rudolf Huber  |  July 10, 2019
Russian oil and gas runs for a large part on legacy systems that have been built in Soviet times. Yes, there is a lot of shiny new stuff as well but the substructure is old and rotting away. If those were just a few pipes, it would not matter much. But here we are talking about a gigantesque pipeline system that creaks and fails at every twist and turn. Patch one bit, three others open up. It's like fighting the Hydra. The question is not if something similar happens again, but when and how bad it will be this time. And as the old stuff gets older still, this will happen more frequently and slowly, the trust will evaporate. This is a bad quagmire for Russia.
RELATED COMPANIES
Company: Transneft more info