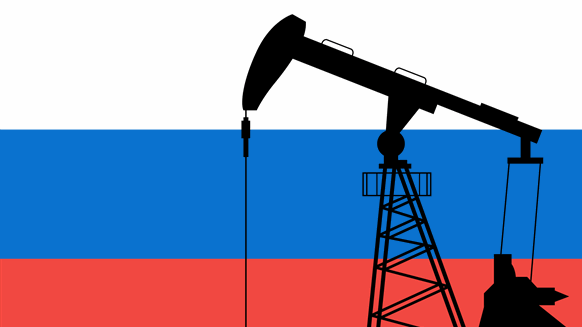 'The financial impact of Western sanctions and the widescale exodus of foreign partners from the Russian oil and gas sector are beginning to materialize'.

Russian upstream investments are set to plunge by $15 billion this year.

That’s according to Rystad Energy, which outlined that sanctions are obscuring the country’s production outlook in a statement sent to Rigzone this week.

Before Russia’s invasion of Ukraine in late February this year, upstream investments in Russia were expected to approach $50 billion this year, Rystad noted. This figure is now projected to hit $35 billion, Rystad highlighted.

“The financial impact of Western sanctions and the widescale exodus of foreign partners from the Russian oil and gas sector are beginning to materialize,” Rystad said in a company statement.

“Investments in Russia’s upstream sector totaled $45 billion last year, rebounding from Covid-19-induced lows of $40 billion in 2020. But as Russia becomes increasingly shut off from the global energy market, investments have sunk well below levels seen in the pandemic-affected years of 2020 and 2021 and will remain subdued until at least 2025,” the company added.

The stagnation in investments will lead to a drop in project final investment decisions and force operators to make hard decisions on spending, according to Rystad, which said a significant factor limiting investments is the delay of several large LNG projects.

Greenfield investments are set to suffer the largest drop in spending due to the sudden sharp decline in approval activity this year, Rystad noted.

Investments in new Russian projects are projected to fall 40 percent from last year - from $13.7 billion to $8 billion. No significant new projects are expected to be sanctioned in Russia next year, but activity will resume in 2024 with the Gazprom-operated Chayandinskoye (Phase 2) gas-condensate field, Rystad outlined.

Brownfield investments are expected to drop by 14 percent as oil production has not taken a significant hit, Rystad said. The impact of lower oil demand will be visible next year when brownfield investments will drop by approximately 20 percent compared to 2021, Rystad pointed out.

Back in August, Rystad revealed that Russia had actively ramped up oil production in June and July “following a huge one million barrels per day drop in April”.

“This outstanding growth was primarily driven by higher refinery runs while crude exports shrank after reaching record levels that exceeded five million barrels per day in April and May,” Rystad noted in a company statement at the time.

In that statement, Rystad revealed that its new estimate for average 2022 Russian crude production was 9.6 million barrels per day. That figure was up by 200,000 barrels per day from Rystad’s June outlook.

“Russia’s upstream sector has rebounded but this resilience is short term,” Daria Melnik, a senior analyst at Rystad, said in the statement.

“Domestic consumption has helped fill the gap during the peak demand season, but overseas demand for Russian blends has dipped spelling trouble further ahead. The upcoming EU embargo remains an unknown factor, when and where it will impact is not yet clear, but it will hasten the decline expected this autumn,” Melnik added in the statement.