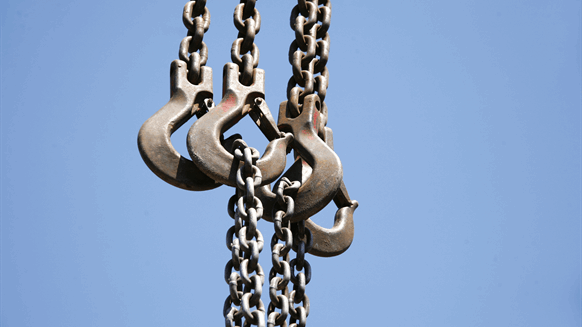 Learn about load handling careers in oil and gas.

“Lift planning is exactly what the term implies: developing a descriptive plan for the performance of a lifting operation,” added David Duerr, president of 2DM Associates, Inc., a consulting engineering firm specializing in heavy lifting and transportation. “This can be as simple as telling an operator to ‘lift that and set it down over there’ or as complex as a lengthy written document and numerous drawings that detail every step of the work to be done.”

Rigging engineers and lift planners often must handle sensitive, multimillion-dollar assets and equipment, and their actions can influence the progress of major projects costing billions of dollars. Consequently, the roles can be stressful and are not for everyone. The stakes are particularly high for lifting operations in the oil and gas industry, noted Zack Parnell, president of the crane, rigging and lift planning training firm Industrial Training International (ITI). He explained that the high potential severity of an incident and the alternative energy price pressures facing the industry elevate risk factors.

“Oil and gas environments – offshore, downstream and everything in between – rank among the highest-risk industries for conducting lifting activities, right up there with lifting in nuclear environments,” said Parnell. “Most organizations in the industry oversee critical and standard lifts with a high degree of vigilance. This is accomplished with trained and competent lift planners and solid lift planning procedures that call for an adequate level of documentation and peer review.”

Typical oil and gas rigging applications include the moving, lifting and placing of pressure vessels, drums, reactors, modular structures and heavy rotating equipment, said Anderson. In addition, he said that executing such tasks applies a broad range of principles from the mechanical, civil, structural and geotechnical engineering disciplines. Moreover, he pointed out that a rigging engineer must know about various types of lifting and heavy transport equipment, associated techniques for their use. Furthermore, he said that a rigging engineer needs to be able to analyze forces, pressures and stresses induced during load handling operations.

Traditionally, rigging engineers and lift planners have often developed their skill sets on the job, said Duerr. However, he added that formal training – long an asset – is becoming increasingly vital.

“In the past, an individual without a formal engineering education could become a rigging engineer through on-the-job training,” explained Duerr. “Today, that is rarely a possibility due to the increasing level of technical rigor that is expected of the rigging engineer. Further, many facility owners require that rigging engineers be licensed professional engineers. Obtaining this license requires at least an undergraduate engineering degree.”

Likewise, Duerr noted that some lift planners entered the profession as ironworkers, millwrights and other trades and developed their abilities by working on construction sites and in plants. Others joined the lift planning ranks with engineering training – usually in civil or mechanical engineering – and worked in the field rather than in a design office, he said.

Having the right mindset is also key, said Marco van Daal, owner of The Works International and a noted lecturer, speaker and author in another sector that relies on rigging engineering principles: heavy transport.

“What has worked well for me for over 20 years is the fact that I enjoyed what I was doing,” van Daal said. “It is kind of an open door as it applies to every field but I believe it applies a bit more to our industry. It is not in every industry that you are faced with new challenges on a continuous basis. It requires you to be open-minded, willing to try a new approach and accept that you may have to start over again.”

Although he echoed others’ sentiments regarding the value of formal education, van Daal said that paying one’s proverbial dues is unavoidable in order to succeed in rigging engineering.

“In today’s fast-paced environment and instant-gratification society, it may come as a surprise to some that it takes time to become a successful rigging engineer,” said van Daal. “Regardless of education, you will likely start at the bottom and have to work your way up to become an experienced rigging engineer, and maybe even more important to become an engineer that is trusted by others.”