Return to Normal for Irving After Refinery Incident 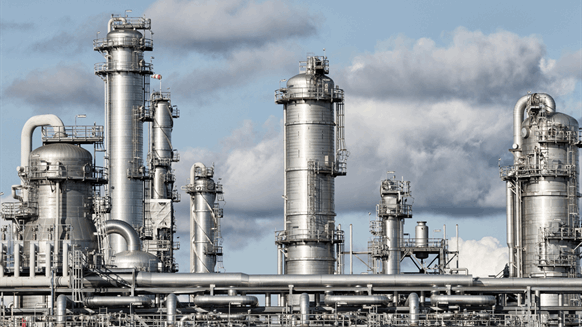 Irving Oil is beginning to return to 'normal and safe operations' following a major incident at its Saint John refinery in Canada.

Irving Oil has announced that it is beginning to return to “normal and safe operations” following a major incident at its Saint John refinery in Canada.

We wish to express our sincere thanks for the support of our community over the last several days; it means so much. As we begin to return to normal and safe operations, we’re pleased to welcome back our turnaround team, who are resuming their work in a phased approach. 1/3

The company took to Twitter to assure customers that it has a “strong and reliable supply network” and stated that it anticipates “minimal disruption” as a result of the incident.

We appreciate your business and we look forward to serving you. From all of us at Irving Oil, thank you again for your support. We’re proud to call Saint John home. 3/3

The incident was announced by the company Oct. 8. Irving Oil revealed on Twitter that several contractors were treated for non life threatening injuries in the aftermath of the event but all employees and contractors working on the site were safely accounted for.

In a statement posted on the company’s website Oct. 9, Irving Oil said the specific site of the incident was isolated and contained and apologized for the impact the incident had on the community.

The Saint John refinery produces over 320,000 barrels of finished energy products per day, over half of which is exported to the U.S. Northeast. The refinery opened in 1960.

Irving Oil’s operations span throughout eastern Canada, northeastern U.S., the UK and Ireland. The company began in 1924 with a single garage and service station.

In 2016, Irving Oil acquired the Whitegate refinery located near Cork, Ireland. Built in 1959, the Whitegate facility processes up to 75,000 barrels of crude oil per day.