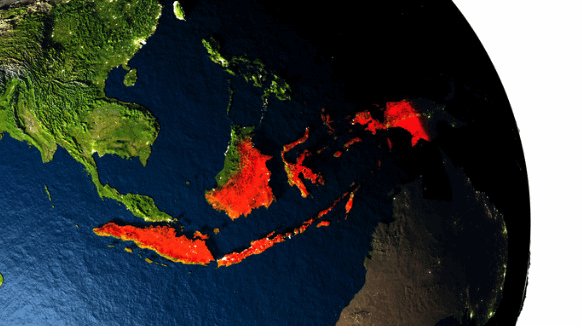 Repsol S.A. has unlocked the largest gas discovery in Indonesia in 18 years.

Spanish energy company Repsol S.A., along with partners PETRONAS and MOECO, have made the largest gas discovery in Indonesia in 18 years, Repsol announced this week.

The discovery was made in the Repsol-operated Sakakemang block in South Sumantra (Repsol: 45 percent working interest, PETRONAS: 45 percent and MOECO: 10 percent).

“At 2 tcf, the KBD-2X discovery is the largest discovery in Indonesia since ExxonMobil discovered the Cepu oil field in 2001. It would also surpass the largest discovery in Asia Pacific in 2018, the Dorado oil discovery in Australia,” Wood Mackenzie research director Andrew Harwood said in an emailed statement to Rigzone. “In fact, KBD-2X ranks in the top five discoveries globally over the last 12 months. We also believe there's potential for the volume estimate to increase as appraisal of the find progresses.”

“Repsol and Indonesia are likely to want to fast-track the development of the discovery. We think 2024/2025 is a realistic estimate for first production, and with a resource estimate of 2 tcf, the field could produce around 300 mmcfd for around 15 years,” Harwood added.

Repsol’s exploration investments in Southeast Asia are focused on Indonesia and the company said it plans to “execute an intense drilling and seismic acquisition campaign in 2019 and 2020.”

Repsol’s exploration and production strategy focuses on the development of gas assets. In fact, gas makes up three-fourths of the company’s revenue and two-thirds of its output.

“It'll be up to Indonesia to capitalize on the buzz generated by this discovery to attract further investment and stimulate more activity,” Harwood said.