Report: Offshore Oil, Gas Helicopter Expenditure to Hit $16B to 2022 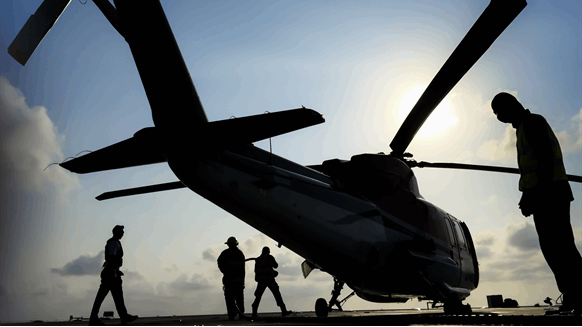 Offshore oil and gas helicopter expenditure will total $16 billion over 2018-2022, according to a new report published by Westwood Global Energy Group.

Offshore oil and gas helicopter expenditure will total $16 billion over 2018-2022, growing at a one per cent CAGR over the period, according to a new report published by Westwood Global Energy Group.

The energy market research consultancy says this ‘modest’ rate of recovery has been anticipated by the supply chain and helicopter operators have re-structured and re-organized.

Westwood’s report predicts that future demand growth for helicopter transfers will come increasingly from outside Western Europe, from areas such as the Middle East and Latin America.

“The Middle East is a key hotspot for helicopter operations in the coming five years with a 20 percent increase in overall activity between 2018 and 2022,” Steve Robertson, head of OFS research at Westwood Global Energy Group, said in a statement sent to Rigzone.

“In Latin America, activity has nearly halved during the downturn, but will rebound quickly, primarily driven by activity in Brazil,” he added.

The report revealed that global helicopter fleet utilization hit a low of 54 percent in 2017 due to falling demand and increased supply from orders placed pre-downturn. Oil companies were said to have required fewer journeys offshore and, as a result, many airframes were put into storage.