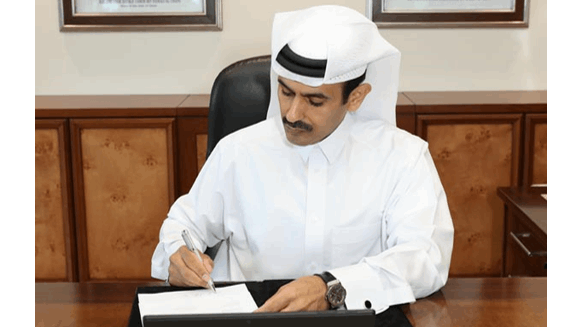 Qatar Petroleum (QP) reported Monday that it has signed a trio of liquefied natural gas (LNG) shipbuilding agreements whose scale is unprecedented.

QP added the agreements will secure more than 100 ships with a value exceeding 70 billion Qatari riyals (approximately USD 19.2 billion). The state-owned firm pointed out the new LNG carriers will help it to satisfy fleet requirements for ongoing expansion projects in Qatar’s North Field and in the United States.

“The signing of today’s agreements with the three esteemed Korean companies reflects our commitment to the North Field expansion projects, even during these extraordinary times,” remarked Saad Sherida Al-Kaabi, Qatar’s minister of state for energy affairs and QP’s president and CEO. “As I have previously stated, we are moving full steam ahead with the North Field expansion projects to raise Qatar’s LNG production capacity from 77 million today to 126 million tons per annum by 2027 to ensure the reliable supply of additional clean energy to the world at a time when investments to meet these requirements are most needed.”

Al-Kaabi signed the deals with DSME, HHI and SHI in a virtual ceremony. He added the LNG vessels will boast the latest-generation, slow-speed, dual fuel engines will use LNG as a fuel.

“I would like to express our sincere appreciation to Qatar Petroleum for choosing DSME as a partner for this historic Mega LNG project in Qatar,” commented DSME President and CEO Sung Geun Lee. “I have no doubt that Qatar will reinforce its position as the world’s leading LNG exporter through this great project.”