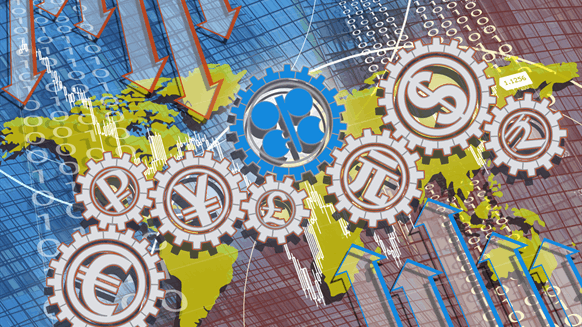 Qatar's decision to exit OPEC represents a largely symbolic move for both Qatar and OPEC.

Qatar’s decision to exit OPEC represents a largely symbolic move for both Qatar and OPEC and is unlikely to have a major detrimental impact on OPEC’s ability to manage the oil market.

That’s the core view of analysts at Fitch Solutions Macro Research, according to a recent report by the company.

“We estimate that Qatar’s move, while likely to fuel tensions with its GCC [Gulf Cooperation Council] neighbours, will not decisively affect OPEC’s ability to influence the oil market as Qatar represented a very small player within the cartel. We therefore do not expect it to affect the group’s ability to enact coordinated oil production cuts,” Fitch Solutions Macro Research analysts stated in the report.

“However, negative consequences for OPEC might be more of a reputational order, as the organization has been trying to attract new members and might struggle to retain some if Qatar’s withdrawal paves the way for other small producers to leave too,” the analysts added.

“Qatar’s move comes at a time when OPEC is under particular scrutiny as the organization is expected to announce coordinated production cuts to support sinking oil prices at their next meeting on December 6th, which should provide key indicators for the oil market going into 2019 and beyond,” the analysts continued.

Commenting on Qatar’s decision to leave OPEC, Ann-Louise Hittle, vice president of macro oils at Wood Mackenzie, said the exit “won't affect the volume of oil supply in the market during 2019 or risk OPEC's goal of reducing output next year”.

“However, it does come at a time when OPEC needs to hammer out a deal in the face of market skepticism in the cartel’s ability to control production,” Hittle said in a statement posted on Wood Mackenzie’s website on Monday.

“The smaller nations of OPEC have a relatively quiet role in the group's decision making and Qatar may also see that it has less to gain from its membership now that is not involved in the GCC,” Hittle added.

Lilian Ezeilo  |  December 04, 2018
Truly, I do not blame any nation strategising on its competitive strength and advantage. Qatar is naturally replete with natural gas than oil and wants to focus squarely on it.