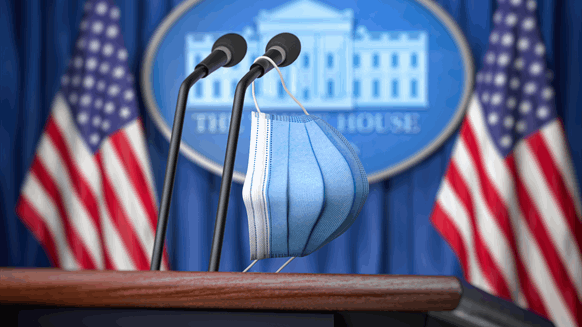 In this week’s edition of oil and gas industry hits and misses, Rigzone’s regular market watchers look at increasing political rhetoric from the U.S., the future for oil prices, rising Covid cases and more. Read on to find out what they had to say.

Jon Donnel, Managing Director, B. Riley Advisory Services: Political rhetoric has continued to increase as commodity prices have remained high and inflation is becoming more transparent. During the week, the administration called for a coordinated release of strategic petroleum reserves here at home and in Asia and called on the Federal Trade Commission to “examine what is happening with oil and gas markets” in light of higher prices at the pump. These tactics typically have little tangible impact on the markets, but WTI prices did retreat under $80 per barrel in conjunction with increasing Covid cases and lockdown threats in Europe. Expect the political pressures to continue, especially heading into the holiday season, but underlying fundamentals remain supportive of the commodity prices as overall crude stocks decreased by five million barrels (including a three million barrel release from the SPR), total product supplied topped 21 million barrels per day and refinery utilization improved 120 bps during the week.

Samuel Indyk, senior analyst at uk.Investing.com: Oil prices slipped to their lowest level in six weeks during the week as the Biden administration continued to hint at action to lower gasoline prices. The talk of a release from the Strategic Petroleum Reserve has been ongoing for weeks and isn’t a surprise. The rhetoric has continued this week, only this time Biden has reportedly called on a coordinated effort from Japan, South Korea, India and even China to release oil reserves to bring prices down.

Tom McNulty, Houston-based Principal and Energy Practice Leader with Valuescope, Inc: The EIA has spoken. It just announced that Brent crude will average $72 next year and WTI will end the year at $62 per barrel. If anything, it’s still too high. Production will keep going up from OPEC+ and here in the U.S. I expect prices to fall farther. Cash flow matters, and production means cash flow. Brent $60 and WTI $57.50 one year from now.

Phil Kangas, Grant Thornton Partner In Charge, Energy Advisory, Natural Resources and Mining: Rising crude prices and restricted global supplies from OPEC+ have driven additional production from the Permian Basin. As expected, drilling activity in the United States continues to increase, as Baker Hughes reported U.S. based rig counts now at 556 - up from 244 this time last year. In what should be welcome news for consumers, the International Energy Agency this week forecasted that the balancing of global supply and demand may be in sight. Energy supply increases driven by shale output from the U.S. and elsewhere may catch up with global demand in 2022, according to their reporting.

Donnel: The Interior Department held the first Gulf of Mexico lease sale since November 2020 with over three times as many blocks receiving bids this time around. Most surprising of the results was that shallow tracts (under 200-meter water depth) represented 140 of the total 308 blocks receiving bids (45 percent). Bids on this shallow acreage far exceeded the total blocks bid on the last two lease sales – 93 total, 12 shallow in November 2020 and 71 total, six shallow in March 2020. ExxonMobil was the high bidder on nearly 100 of the shallow water tracts for a total price of about $15 million, most likely to support its carbon capture and storage plans. This is a clever strategy for the company to push ahead on its energy transition aspirations at a relatively low capital commitment and make use of assets that would otherwise go unused.

McNulty: I was surprised by the Gulf of Mexico offshore drilling rights auction, coming in at almost $200 million. Nice and robust, it is bullish for the industry. And it follows the end of COP26, where big oil was the great Satan in the room.

Kangas: In recent days, futures market traders have been betting oil prices will hit record levels, with some investors offering trades in the $200-$300 range. Both Brent and WTI have continued their march upward from pandemic lows. For weeks we’ve seen trades above $100 for crude, but the levels seen in recent days are substantially higher. Factors such as increased post-pandemic demand, supply chain constraints and OPEC+’s worsening relationship with Washington are seen by some traders as reason to bet big on the energy market.

Indyk: With winter fast approaching in the Northern Hemisphere, some had cautioned that Covid cases could begin to pick up in Europe and the US. Many European countries are starting to see cases spiral to record levels and some have introduced new lockdown measures. There are fears that additional restrictions could end up denting the recovery in oil demand, although, at the moment, mobility has not been restricted like previous Covid waves.