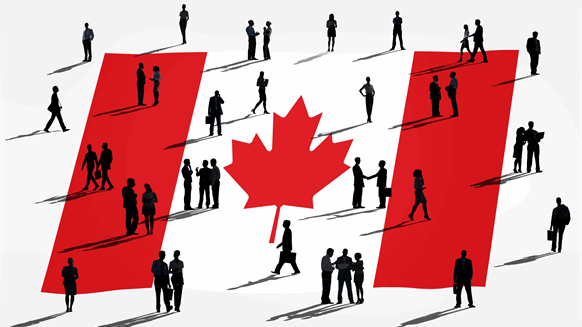 The goal of Premier Rachel Notley's mandated production cut is to reduce the storage glut and get oil prices back to profitable levels.

Premier Rachel Notley spoke to the citizens of Alberta Dec. 2 about the ongoing crisis impacting the province’s oil business and its economy. The need for dramatic action was becoming obvious. Oil prices had fallen so low that oil production was uneconomic, curtailing industry investment and forcing job cuts. Her talk was timed to air on the evening news shows, signaling the gravity of the problem. An earlier move to end the glut weighing down the province’s oil prices had barely moved them. Therefore, Notley mandated an oil production cut, a drastic step similar to Alberta Premier Peter Lougheed’s action during the 1980s oil market downturn.

The problem necessitating this action has not been solved. Rather, Notley is buying time for the province’s oil export infrastructure to expand sufficiently to move the higher output, reduce the storage glut and boost oil prices to levels profitable for producers. The root of the problem is Canada’s national energy policy, introduced by Prime Minister Justin Trudeau in 2015. It caters to the environmental movement, while only offering token support to the nation’s, and Alberta’s, leading industry. A national carbon tax was the foundation of the plan. Allowing construction of a few new export pipelines was the token concession to the oil and gas industry. That was hoped to pacify the industry and gain its support for the plan.

The energy plan is beginning to unwind. It needs provincial support, but liberal- and environmentally-leaning governments are being voted out of office. Their replacements oppose the tax and were elected on anti-carbon tax platforms. In provinces opposed to a carbon tax, the federal government will implement one. That action will cost the Liberals in the upcoming 2019 federal election—bad news for Prime Minister Trudeau.

To demonstrate its concern about the oil crisis, the Trudeau government announced $1.6 billion in loans to the oil and gas industry. The bulk of the money is for capital investments and to purchase new technology, while $500 million is to help smaller oil and gas companies survive the downturn. The final $150 million is for clean growth and infrastructure projects. Despite Minister of Natural Resources Amarjeet Sohi’s statement that “we understand that when Alberta hurts, so does Canada,” the loan proposal was greeted with disdain by the industry.

In Alberta, the industry battle lines had been drawn well before Premier Notley acted. Integrated oil companies were happy to let the market sort out the problem, as they often worked to keep prices low. Their downstream operations were cranking out cash and profits that more than offset upstream losses. Traditional oil producers, dependent on shrinking cash flows, were hurting, cutting unprofitable production, investing in other transportation options, reducing activity and jobs and calling for government action. Notley initially wanted Alberta to buy locomotives and tank cars to boost the province’s oil-by-rail export capacity. Unfortunately, that effort wouldn’t help reduce the glut before late 2019, but the full 120,000 barrels-a-day-capacity addition wouldn’t be in place before mid-2020. Several non-integrated producers had already made such oil-by-rail commitments. They clamored for more drastic measures to offset the $80 million-a-day-cost to the industry and Alberta’s economy.

Alberta produces about 3.7 million barrels per day of oil, or approximately 250,000 barrels more than can be shipped. This oversupply has led to storage volumes swelling to 35 million barrels, about twice normal levels. Notley’s mandatory production cut reduced output by 325,000 barrels per day, starting Jan. 1. Each company’s cut is 8.7 percent from the average of its six highest output months. For some producers, their actual reductions will be greater. Projections show storage volumes falling by half in the first quarter, at which point the mandatory cutback volume will shrink to only 95,000 barrels per day for the balance of 2019.

Producers and the Alberta government must be pleased with the market’s response to the production cut announcement. On July 10, 2018, the discount between WTI and Western Canadian Select was $20.02 per barrel. By Oct. 23, it had widened to $47, making the oil glut a high-profile issue. On Nov. 28, Premier Notley announced the rail export plan, and the market responded. Two days following her announcement, the discount had shrunk by $4.50 a barrel to $28.50. However, it still exceeded the estimated $22 a barrel cost to ship oil by rail from Alberta to the U.S. Gulf Coast.

The first trading day following Alberta’s production cut decision, the discount fell to $21.58 a barrel. Ten days later, the discount was down to $17.52. A week later, the discount had shrunk by another 10 percent. All of the price improvement is attributable to the market’s understanding that Alberta’s oil surplus is over, even if it is only temporary.

Several integrated producers expressed their displeasure with Alberta’s action when they announced flat or lower capital spending plans for 2019. Their argument is that they have built their business models “to capture value through commodity cycles, whether it comes from refining margins in the downstream or from improved prices in the upstream,” as explained by Husky Energy. Their contempt for non-integrated producers is evident. Suncor, the nation’s largest oil producer, was more critical, stating in its press release: “In the short term, the Government of Alberta action has resulted in winners and losers in the market, shutting in valuable upgrading throughput and has made transporting crude oil out of the province by rail uneconomic.” For these companies, Premier Notley’s move was politically motivated in hopes of offsetting the growing “separatism” movement in the province and boosting her re-election chances. Once more, politics and energy are deeply intertwined, only this time it is in energy-rich Canada, one of the last places expected to embrace OPEC-like tactics.

Gare Oderhohwo  |  January 16, 2019
Am deeply sad Canada still refuse, even with the high education standard turn its face against the TMP project. Its therefore obvious that top politicians have hijacked the country energy sector to the suffering of its massess at the long run. The biggest mistake again made is to go into cold war with China to the benefit of America. Please Canadians wake up this is not about environmental teust and turns, no its about breaking if not permanently killing the fabrics of our God given energy sector.