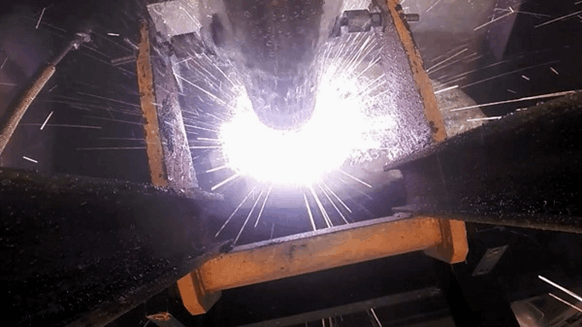 Geothermal energy is considered a renewable resource, but it shares some similarities with non-renewable oil and gas, according to the head of a Slovakia-based company that aims to lower the cost of ultra-deep geothermal drilling with its plasma drilling technology.

“Geothermal is the closest renewable to oil and gas,” Igor Kočiš, CEO and Founder of Slovakia-based GA Drilling, owner of the “Plasmabit” alternative to conventional drilling, told Rigzone. “We are sharing assets, experience, highly skilled labor, and other resources. The industry understands this very well. The big global players are investing in geothermal solutions and technological startups like us while at the same time building their own geothermal divisions.”

“The transition from oil and gas to deep geothermal is a big opportunity for a highly skilled workforce that operates the drilling platforms,” he said. “On the side of upstream, the jobs are the same or similar – drilling, casing, cementing, drilling muds, logging, reservoir, production, etc.”

Kočiš also maintains that geothermal energy production could become a reality in the majority of the world’s onshore. Read on for his explanation, along with additional insights.

Igor Kočiš: Only a few renewable energy sources can be used for baseload power production. Geothermal is not just one of them, it is the most reliable one. Intermittent sources alone, such as wind and solar, cannot cost-effectively generate electricity for a balanced grid. Here lies the potential of geothermal: by generating baseload power, it can substitute coal and nuclear as a reliable and flexible energy source. Thanks to this, it can achieve between 10% and 20% share in the energy mix.

Rigzone: What do you see as the biggest misconceptions about geothermal, and what’s the best way to overcome them?

Kočiš: That the availability and feasibility of geothermal is limited to only a few regions worldwide. While this may have been true in the past, a step-change in drilling and reservoir creation paint quite the opposite picture: geothermal suddenly becomes widely available at a cost that is more than competitive. The geothermal industry needs to be much more ambitious in the communication of the potential. It should be reflected in energy strategies.

Rigzone: There are tens of thousands of orphaned oil and gas wells that have been identified in the United States alone. There have been proposals to convert some of these old wells to geothermal to save on drilling costs. In such instances, what must be done so that they can produce geothermally sourced electricity?

Kočiš: To convert orphaned wells into geothermal energy sources they must be deepened and then a downhole geothermal reservoir has to be created. This can be done; however, it is important to make a thorough assessment of each such well and look for missing documentation, signs of corrosion, etc.

Rigzone: What are the limiting factors to the above approach, and how does plasma drilling overcome them?

Kočiš: The limiting factors to this approach are cost-related, such as high cost of mobilization, spread rate, and cost of drilling material. Plasma drilling can overcome or significantly lower these limitations by use of coiled tubing, higher rate of penetration, longer lifetime of the drilling head, etc.

Rigzone: Who do you see as the primary customers of geothermal energy? Industries? Commercial businesses? Residential customers?

Kočiš: All of them can be considered as customers of deep geothermal, especially when we consider combined heat and power production. Additionally, another very interesting group of potential customers emerges: owners and operators of big data centers.

Rigzone: The “GA” in your company name stands for “Geothermal Anywhere.” Practically speaking, is geothermal energy really an option anywhere onshore? Why or why not?

Kočiš: It could be a feasible option on up to 70% of the onshore area. Once we drive down the prohibitively high cost of deep drilling and increase reliability of reservoir creation, it will become a reality.

To contact the author, email mveazey@rigzone.com. This May 13, 2021, Rigzone article presents another perspective on geothermal energy.